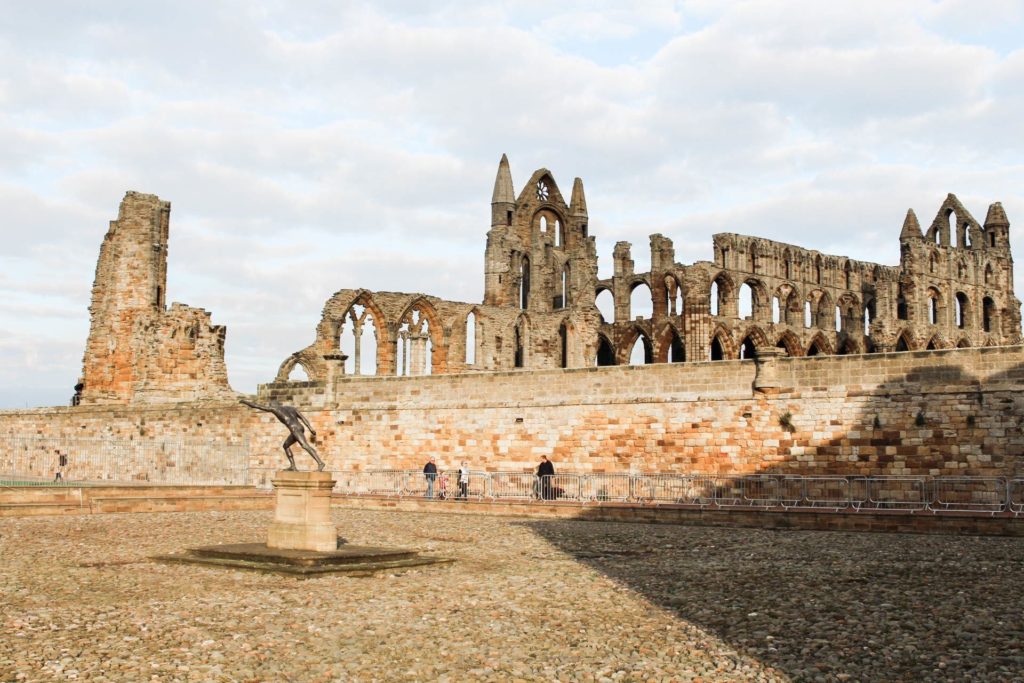 Prestbury in Gloucestershire is a small village with a big reputation to spend your weekend. Reputedly home to more than two dozen spooks, Prestbury looks like any other typical Cotswold village: timber-framed cottages, thatched roofs, and honey-coloured buildings. Don’t be fooled. As night falls and the village’s living residents snuggle up by their log-burners, the supernatural come out to play. Beware the village’s most famous spook: The Black Abbot, regularly seen in the church and churchyard (and reputedly caught on camera by a local photographer).

The ghosts: The Black Abbot; the charging horseman galloping through Shaw Green Lane; the Headless Horseman rides through Mill Street; the girl at Sundial Cottage; horses hooves are often heard at The Plough Inn.

Stay here: The Walnut Store B&B in Prestbury is a popular 5-star place to sleep spook-free. Rooms start at £95 per night.

Nearby terror: Also visit the 14th century New Inn in Gloucester, one of the most haunted in Gloucestershire. This is where Lady Jane Grey was pronounced Queen of England in 1553, whether she was staying here at the time is unclear. Woodchester Mansion in Stonehouse is also worth a detour. This unfinished Gothic mansion is said to be home to many ghosts – one of which I’ve seen, but that’s another story.

The directions: Prestbury lies on the northern outskirts of Cheltenham, junction 11a/10 on the M5. 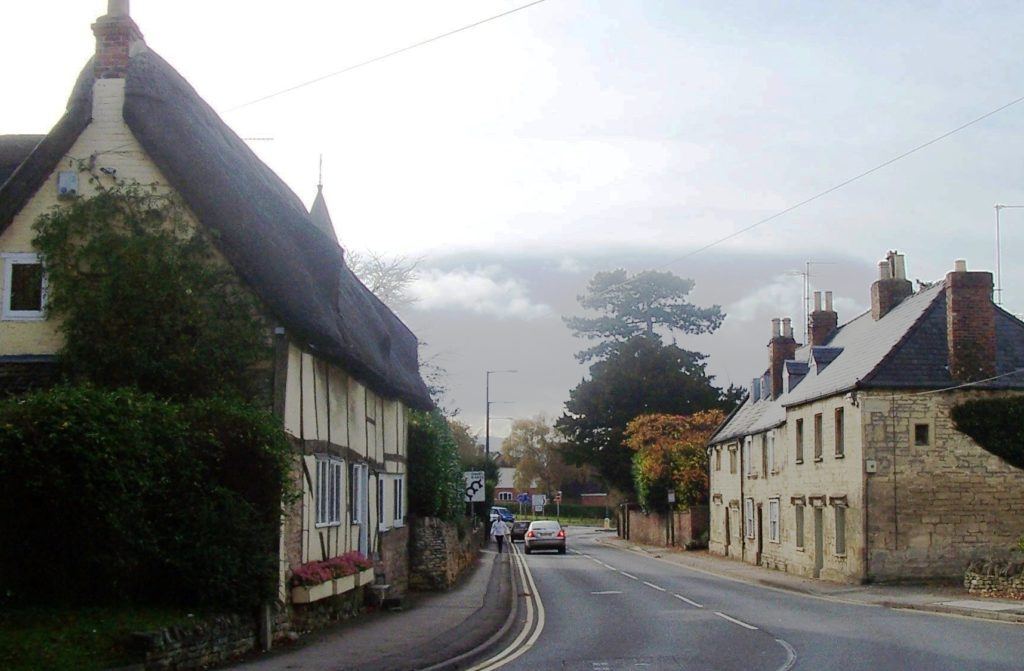 Like any English castle, Chillingham Castle has had its fair share of gruesome history since its creation in the 12th Century. With its fierce medieval exterior, dungeons, torture chamber, bloody seiges and family executions, it’s little wonder the supernatural enthusiasts are rattling its ancient doors keen to get a slice of the undead. The Castle runs ghost tours from October through to November, but they get booked up fast so don’t corpse – hurry.

The ghosts: The White Pantry Ghost; the Ghost in the Chamber; voices in the chapel; the Blue Boy; Lady Mary Berkeley ghost.

Nearby terror: After visiting Chillingham Castle, head to the coast and soak up the haunting beauty of Northumberland’s beaches. If you can, also visit Beamish museum in Co. Durham for its incredible Halloween spectacular. I visited Beamish last year for Halloween and have never screamed and giggled so much in my life.

The directions: You’ll find Chillingham Castle about 4 miles off the A1 between Alnwick and Berwick Upon Tweed. 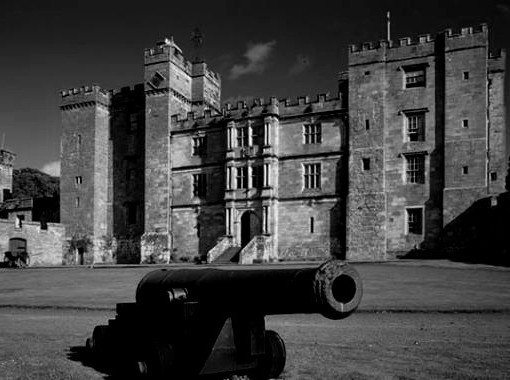 Ever since Bram Stoker’s Dracula came ashore in Whitby on a stormy night, this Yorkshire fishing town has been a magnet for fans of all things gothic and ghoulish. Stoker came to the town in 1890 as the business manager of actor Henry Irving. During his time there, he read an historical account of a 15th-century prince called Vlad Tepes who was said to have impaled his enemies on wooden stakes. He was known as Dracula – the ‘son of the dragon’. Inspired by this legend and the dramatic Whitby coastline, Stoker’s Dracula was born.

Do this: Take the 199 steps up to Whitby Abbey and St Mary’s Church, both featured in Dracula. The views over the battleship grey sea are epic. Then explore Whitby’s jet shops patronised by Queen Victoria. Visit on Halloween Weekend and it’s the goths roaming the town’s tiny streets that’ll turn your head.

Stay here: Bats and Broomsticks B&B – a brilliantly gothic guesthouse that welcomes goths, gore-hounds and ‘normals’ as they call them. Choose either the Dracula Room, Green Man Room or Lunar Room – in January all rooms are £50 per night.

Nearby terror: Legend has it that the ‘devils’ dog’ lurks among the North Yorkshire Moors, near Whitby. The Whitby Barquest, as its known, is a jet-black large dog with red eyes and it is believed that should you hear the hound’s howl, death is close by.

The directions: To make the trip extra special climb aboard the North Yorkshire Moors Historical Railway – one of the world’s greatest heritage railways – heading to Whitby. I caught the train from Pickering Station during my Long Weekend in North Yorkshire, but you can get it from other stations. 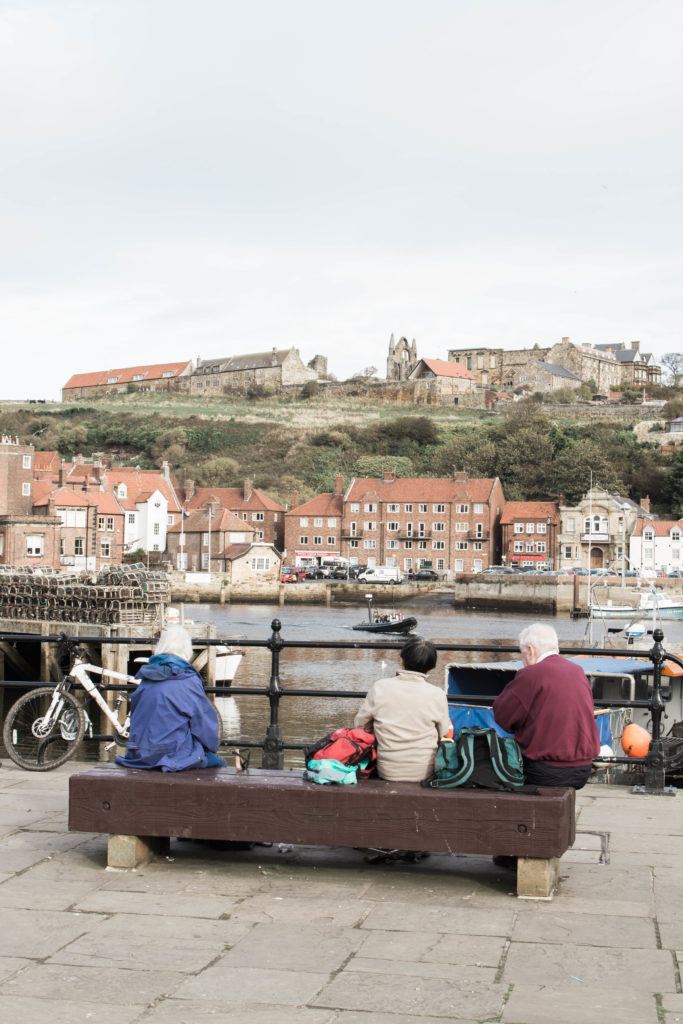 Pendle Hill was home to possibly the most well-known witch trial in English history. In 1612, 10 people were executed on the moors having been found guilty of witchcraft at Lancaster Castle.  Over 400 years later, their spooky presence still remains. You can follow the journey taken by the accused witches by following the Pendle Trail yourself – if you’re brave enough. Or, if you want high adrenalin supernatural action, book onto the Haunted Happenings’ Pendle Hill ghost hunt.

Do this: Head to Lancaster for a guided tour of imposing Lancaster Castle. It was the setting for the imprisonment and the trial of the women, will bring the story to life.

Stay here: Barley Mow sits at the foot of Pendle Hill. With a hunt lodge interior, open fires and cosy corners, it’s a ghost-free escape from the witches lurking in the shadows outside.

The directions: Pendle is at the end of the M65 with easy access to other major motorways, like the M1, M6, and M62. 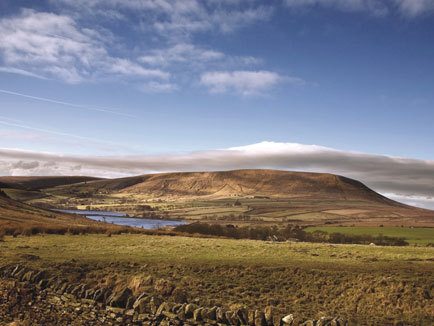 For nearly 300 years, the Jamaica Inn has offered shelter to those braving the wild and treacherous Bodmin Moor. Most famous of all the inn’s travellers was Daphne Du Maurier. She and a friend lost their way in thick fog whilst riding out on the moor, eventually finding their way to the inn. She stayed at the inn to recover from the ordeal and was inspired to write her novel, Jamaica Inn, after hearing its ghost stories and tales of smuggling.

The ghosts: Sounds of carriages on the cobbles; a tall man in a hat and coat walking through walls; phantom footsteps in corridors; foreign conversations in empty rooms; the wayfarer who sits in the corner, then disappears.

Stay: Book a ghost hunting weekend at the Inn for the ultimate fright-fest. Includes a deluxe double, with evening meals and a full breakfast, plus two night’s ghost hunting and costs £380 for two, for a Friday and Saturday stay.

Nearby terror: The Smuggler’s Museum housed in the Jamaica Inn, with one of the finest collections of smuggling artefacts in the country. Also, if you’ve time, take yourself Bodmin Jail for the day – it too is rife with ghostly activity.

The directions: Jamaica Inn is high on Bodmin Moor about midway between Launceston and Bodmin by the A30.

York’s rich history is undeniable. The past is found on every street corner; and almost every building has a story to tell. With such a rich seam of human comings and goings, ghostly activity is inevitable.  In 2002, the Ghost Research Foundation International labelled York as the most haunted city in the world, when they recorded 504 hauntings around the city. For ghost-hunters, York is a must.

The ghosts: Bleeding Clifford Tower; the headless Earl of Northumberland; the screaming orphans of Bedern; the Grey Lady, who haunts the room behind the dress circle of the Georgian Theatre Royal, and Queen Catherine Howard’s ghost at the Principal’s House at the King’s Manor.

Stay: At York’s only 5-star hotel and spa: The Grand Hotel and Spa – excellently placed within York’s city walls, with a view of the Minster on the skyline, and only a five-minute stroll across the river to the city centre.

Nearby terror: Probably the most famous of all ghostly sightings in York is the lost Roman Legion. This terrifying crew was spotted by Harry Martindale an apprentice plumber installing a heating system in the cellars of the Treasurer’s House. Yours truly took a trip down to the haunted cellar last year… read about it now. Would you dare this Halloween weekend? 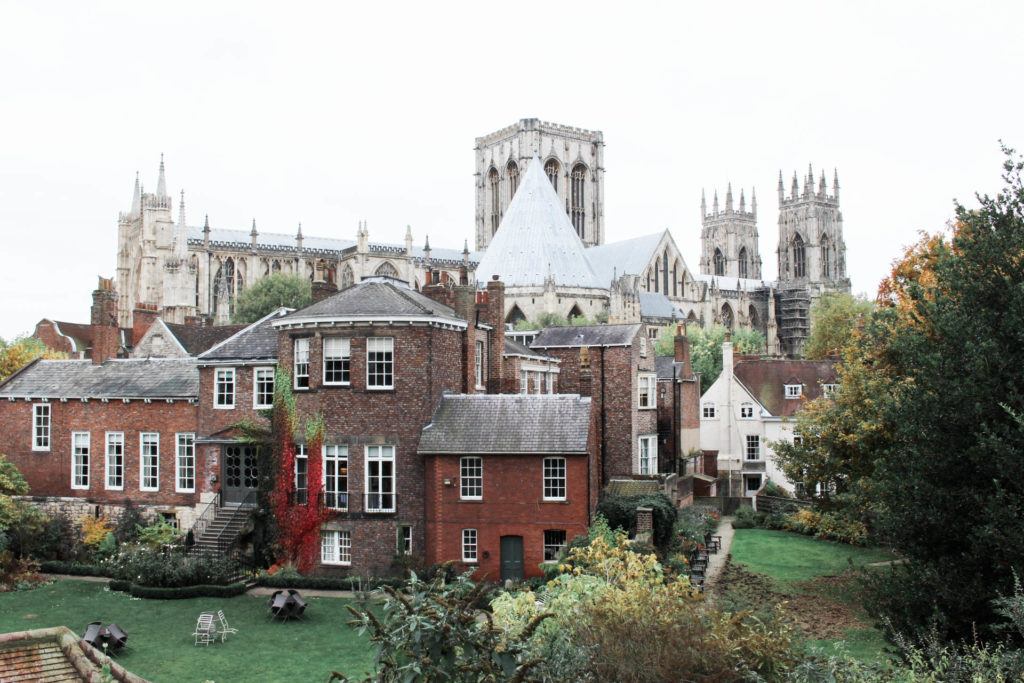 York - the UK's most haunted city. Well, if you got it - haunt it! via @weekendcandy Click to Tweet 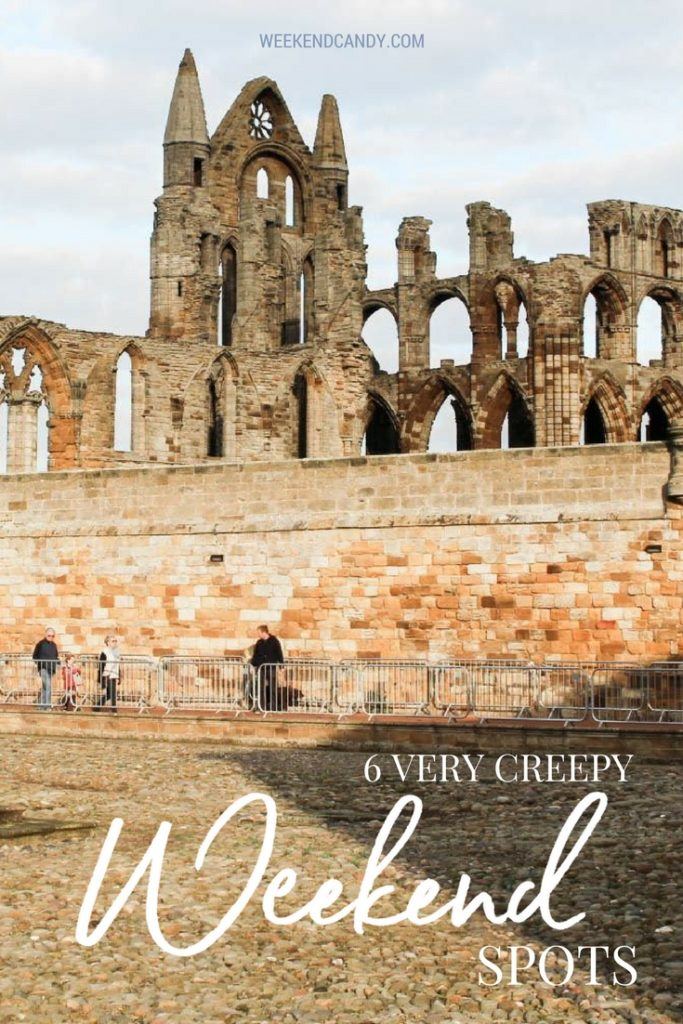 Tell me, which weekend tingles your spine?

Or have you another spooky spot to add to the list? I’d love to hear about it. 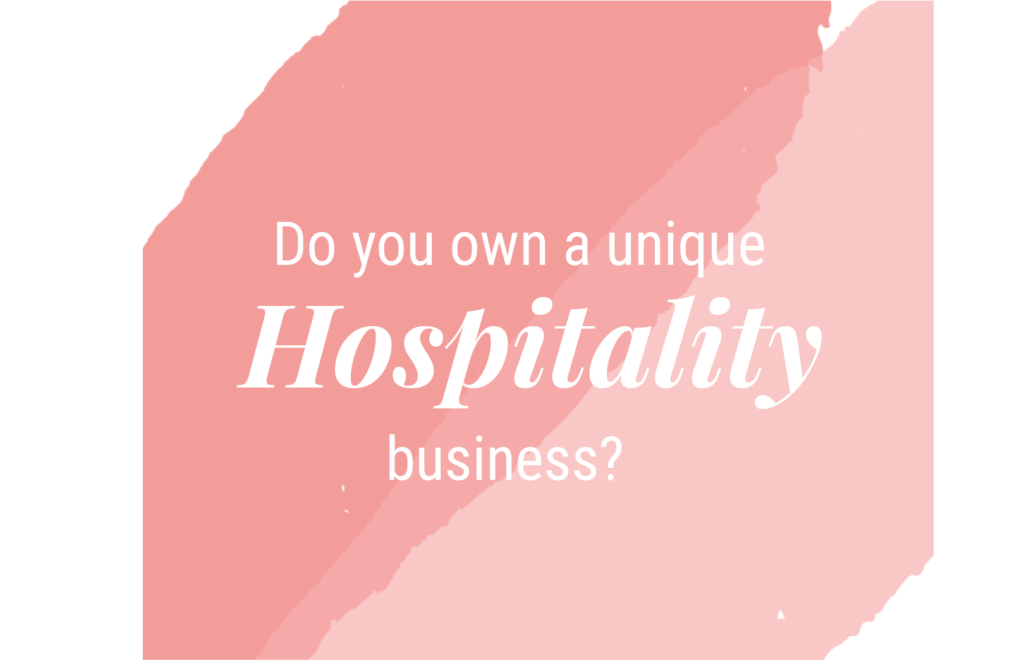 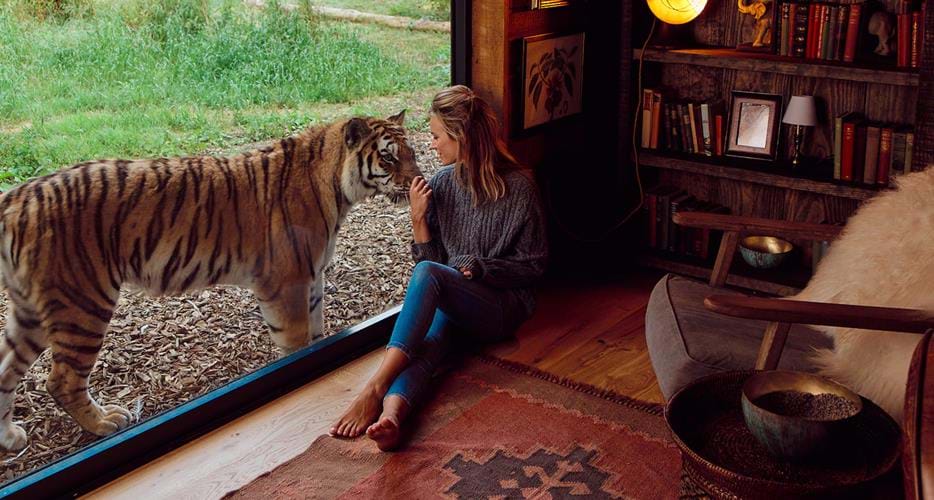 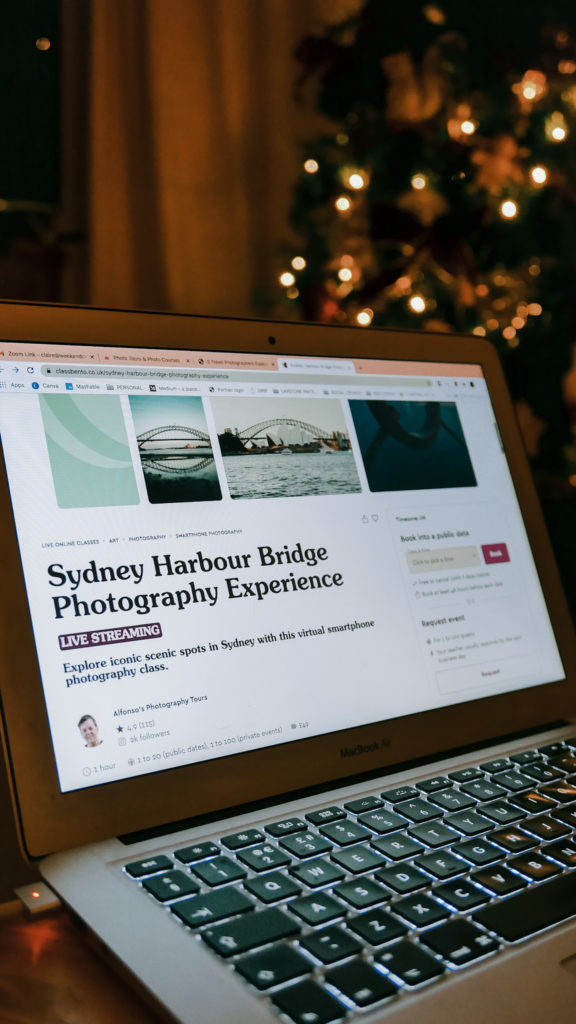 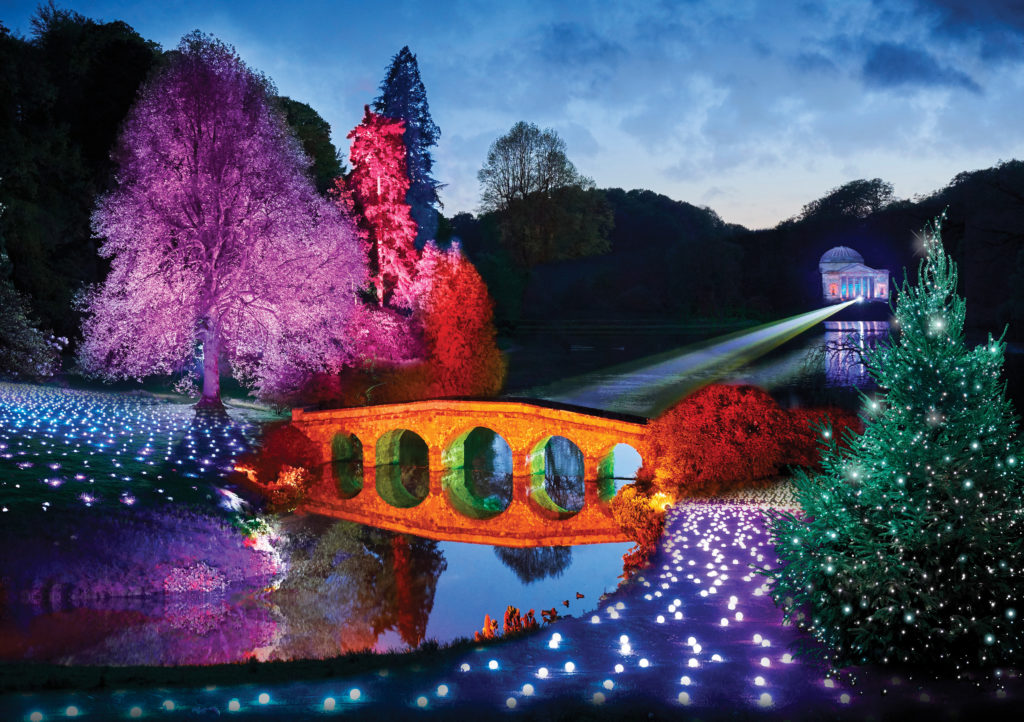 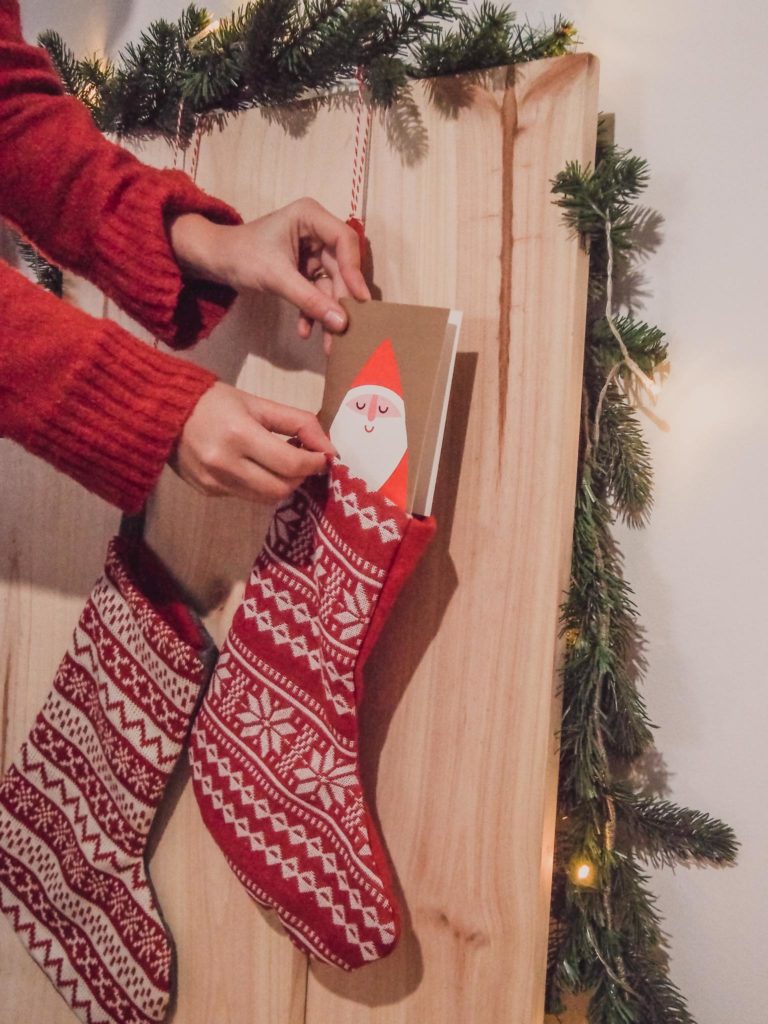