A sassy weekend in Seville

Posted on 7th May 2019. In City Weekends, Spain, Uncategorised 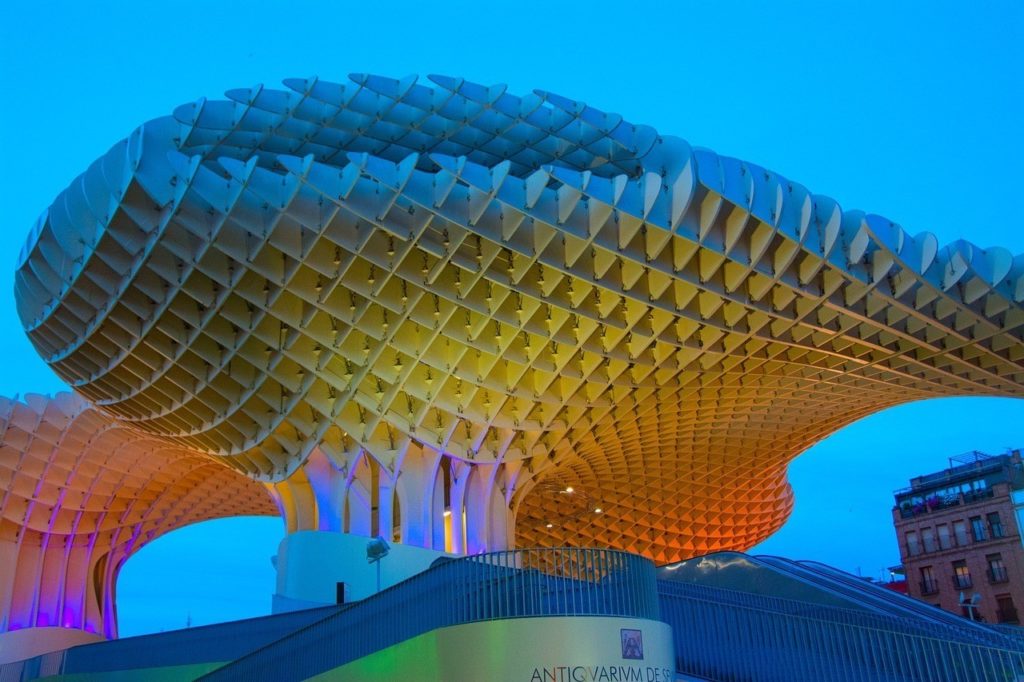 Located in southern Spain, Seville is the Andalusian capital. The city is packed to the brim with architectural masterpieces, hidden gems and tasty food options… trust me, you won’t want to miss out on any of it. Most recently, Seville’s attracted attention as a filming location for the popular Game of Thrones series.

We spent our weekend traversing the city; yes, our feet were a tad sore by the end of each day, but boy, was it worth it! So if you’re contemplating making a weekend trip here, this is what you should see and do in Seville. 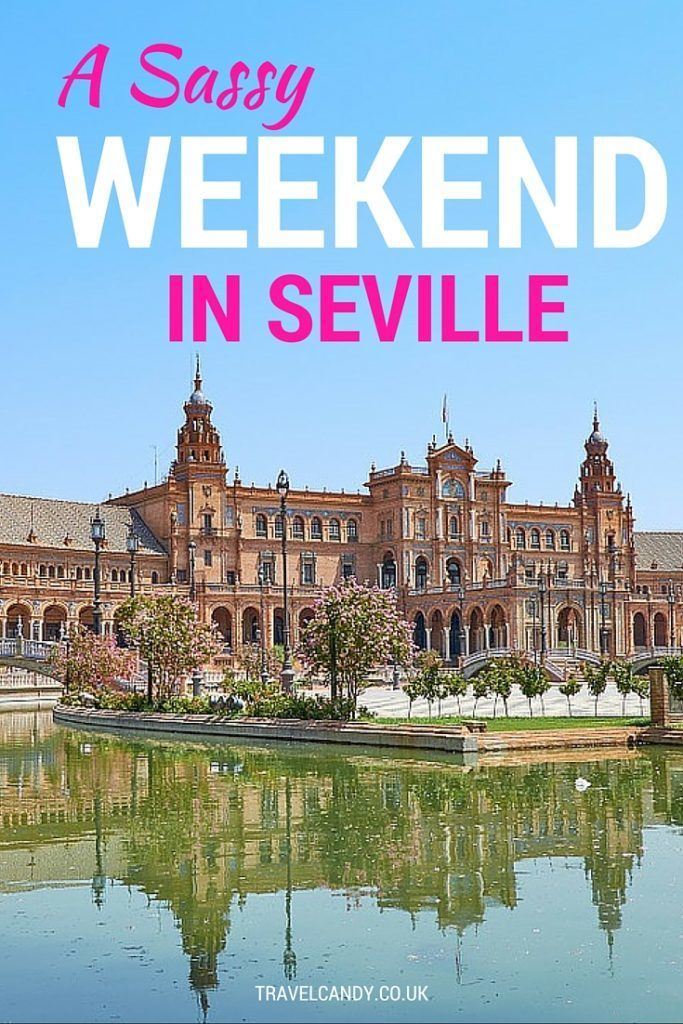 After breakfast at Lonja del Barranco, an indoor marketplace on the bank of the Guadalquivir River, head straight to the first historical site of the day. In terms of getting a suitable introduction to the city, there could be no better place to start.

Recognised as the third-largest cathedral in the world by volume, Seville Cathedral will be the first building you notice when you get to the city centre. This is partly due to the queue of people waiting to enter, but also because of the mix of architectural styles.

Much of the main church follows the Gothic tradition, although Giralda Tower used to belong to a different building entirely – a mosque, in fact – which stood here during the Moorish rule of the city. An entry ticket includes admission to the cathedral, the tower, as well as the nearby Church of El Salvador.

Exploring the interior of this 15th-Century cathedral is a must (look out for the tomb of Christopher Columbus), but one of the biggest highlights has to be the far-stretching views from the top of Giralda Tower. All of Seville will stretch out around you, and you may even be able to spot some of the other places included in this itinerary.

Do: Book your tickets online; you’ll get to skip the queues! 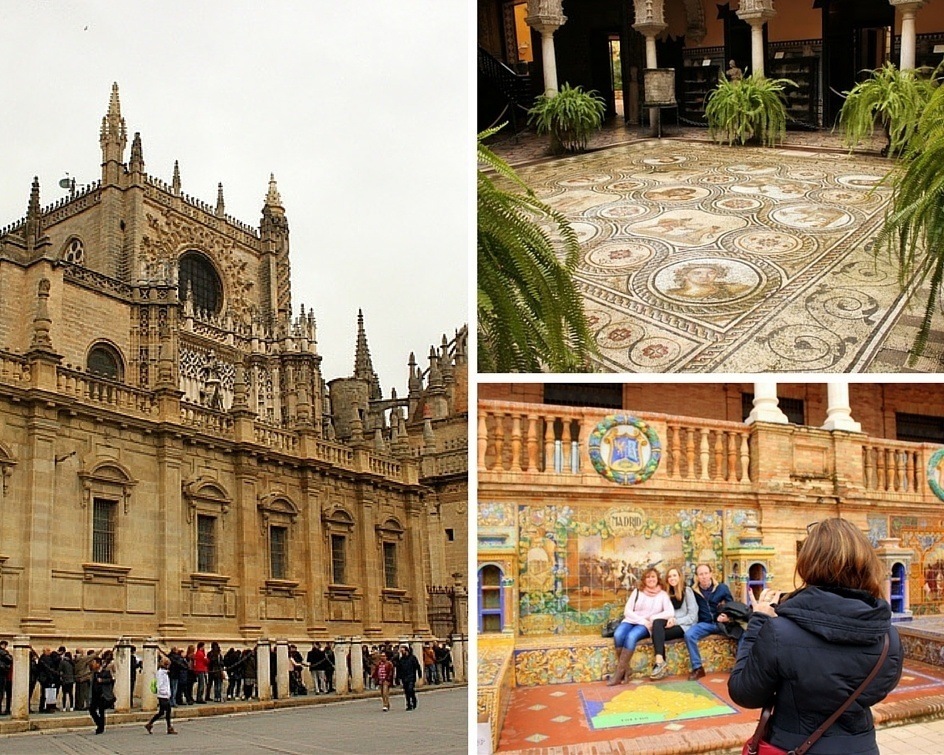 Since it’s literally neighbours with the cathedral, The Alcazar should be your next stop. The Alcazar started out as a Moorish palace, and the current royal family still uses parts of the buildings as their official Seville residence.

Set aside a good few hours to explore The Alcazar in its entirety. The buildings are filled with delicate wall carvings, archways and photogenic courtyards, and the gardens, with their bursts of colour, kept us glued to our cameras. Just in case you were wondering, this was one of the main locations used when Game of Thrones was filming in the city.

Do: Walk through a grove of one of the city’s most famous exports: Seville Oranges. 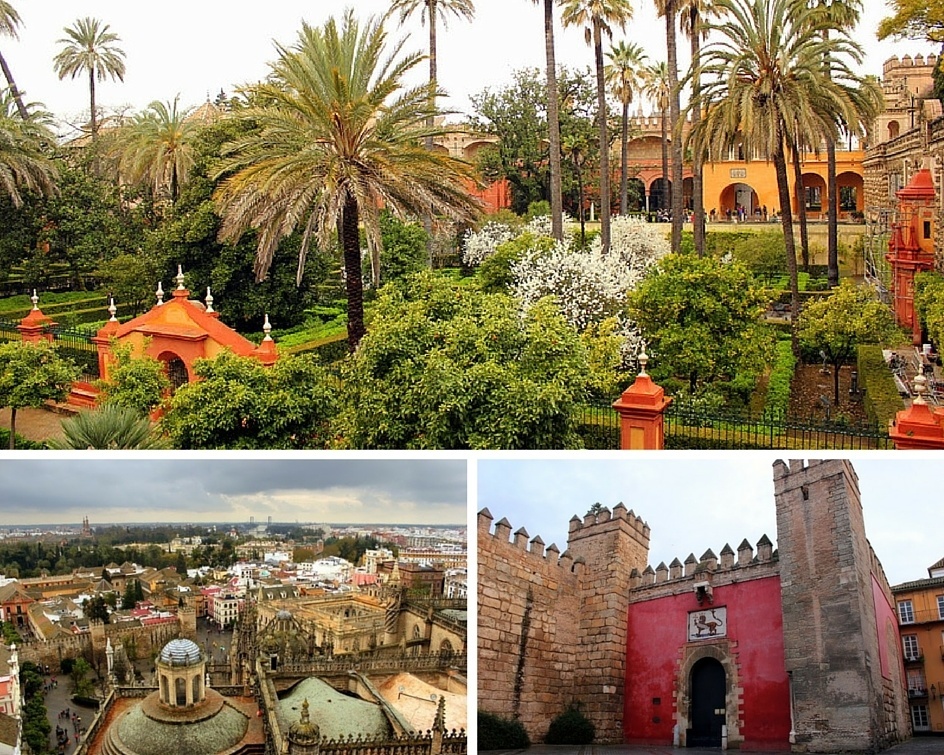 After grabbing lunch at one of the many tapas bars en route, you’ll walk off the calories by the time you reach Plaza de Espana. Built for the Ibero-American Expo of 1929, this public space is another architectural marvel.

Apart from the fountains, canals and bridges, one of the main draws of Plaza de Espana has to be the provincial alcoves. Spaniards travel here from all over the country for the opportunity to pose in their home province’s alcove, and every single one of them has been painstakingly decorated to reflect the individual country regions.

Do: For the best vantage point over the plaza, climb up one of the grand staircases at either end. You’ll get a spectacular view of the activity below, watching as the rowboats make their way along the plaza’s canals. 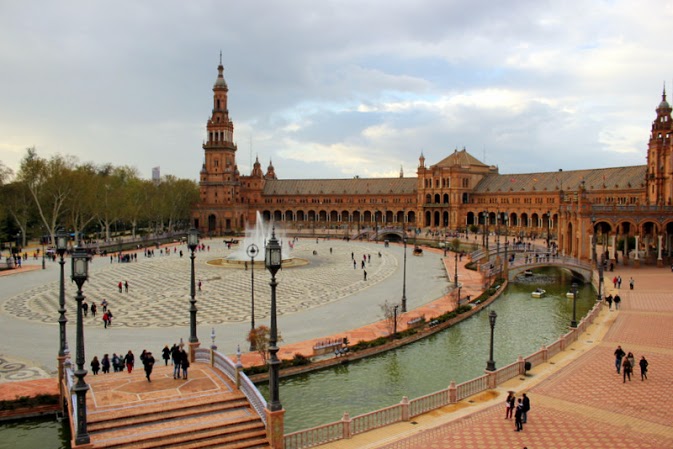 End your first 24 hours in Seville with a stroll through the picture-perfect gardens of Maria Luisa Park. Strictly speaking, since Plaza de Espana is actually located within this park, it would be a shame to miss it.

You can hire bikes or even a horse-drawn cart to explore the gardens, which span 100 acres. I loved exploring on foot, though, where we could admire the plant life and decorative buildings at our leisure.

Afterwards, experience more of the city’s delicious food scene at El Rinconcillo. This tapas bar and restaurant is considered to be the oldest in city, first opening in 1670. The family-run eatery serves traditional tapas and, if you’re keen for a sit-down meal, walk past the busy bar to the dining room in the back.

Do: Try to spot the vivid green parrots that call the Maria Luisa Park home. 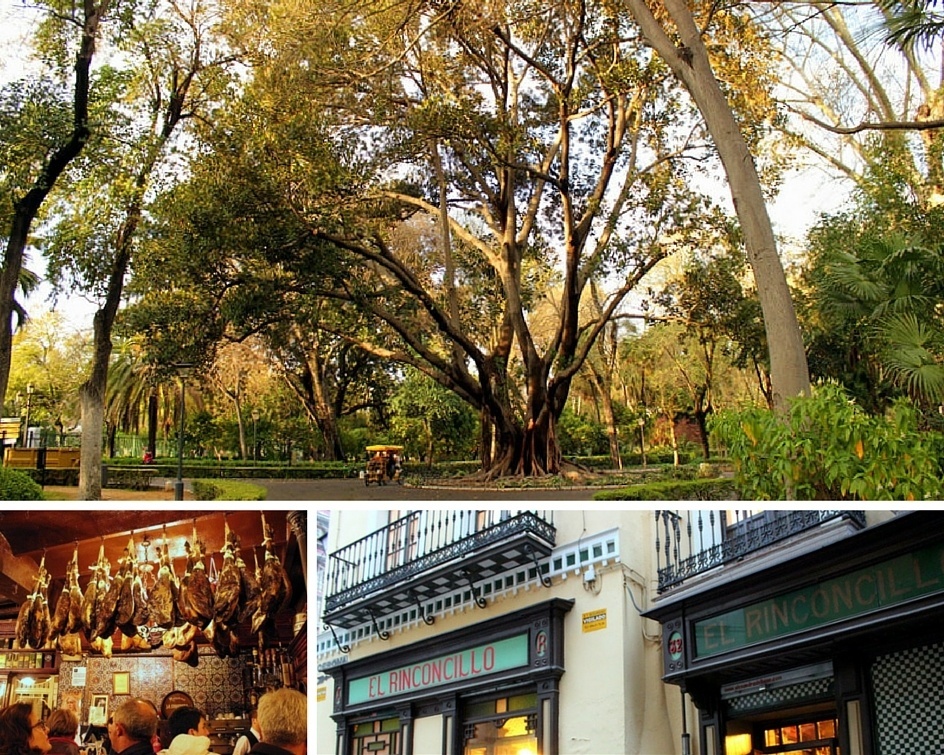 Okay, I’ll admit it: I had churros con chocolate for breakfast on one of my days in Seville, but I’m an incorrigible sweet-tooth. For something more balanced, pop into one of the cafes facing the river.

No, not as a second breakfast. These mushrooms are artificial – and are an unintended likeness, for that matter.

While most of the places listed on this itinerary are historical, the Metropol Parasol is on the opposite side of the spectrum. Looking like something out of a space film, the structure dominates La Encarnacion Square.

Completed in 2011 and allegedly the biggest wooden structure in the world, you can access both the rooftop walkways for views over the city, or go down to the lowest floor, which is a museum housing Roman artefacts found during construction.

It’s said that Jurgen Mayer-Hermann’s original design was inspired by the vaults within the city’s cathedral, as well as trees – NOT by mushrooms, despite what the locals might say!

Do: Head to the cocktail bar at the top of the Metropol Parasol if you’re feeling thirsty. 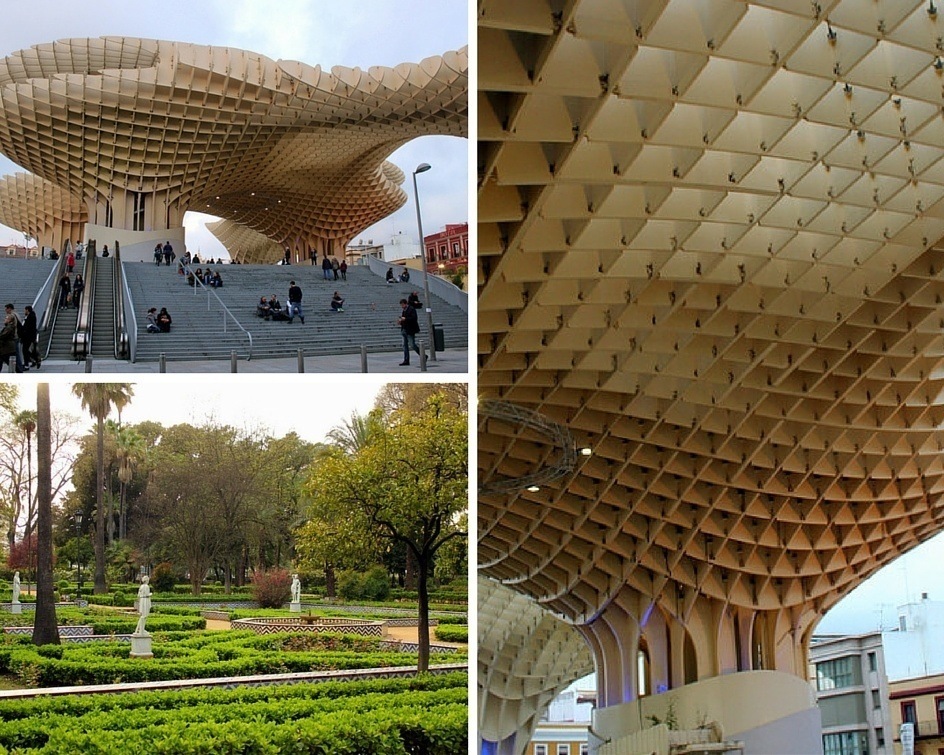 If you’re not in Seville long enough to take a day trip to Italica, the nearest Roman archaeological site, then you have to pay a visit to Lebrija Palace. This is Seville’s hidden gem, and while I loved all of the palaces and grand homes I went to, Lebrija was by far my favourite.

Located in an unassuming street, once you step inside, it will feel like you’ve crossed over into another, grander world. The creation of the Countess of Lebrija, this house is a visual representation of its mistress’ biggest passion: archaeology.

Instead of ordinary floors and decorations, you’ll find vast, perfect (and real) spans of Roman mosaics set into the rooms of Lebrija Palace. In addition, there are countless other Roman-era artefacts adorning the walls and shelves of the villa.

Do: Pay a few extra euros to see the upper floor, which is only accessible by guided tour. 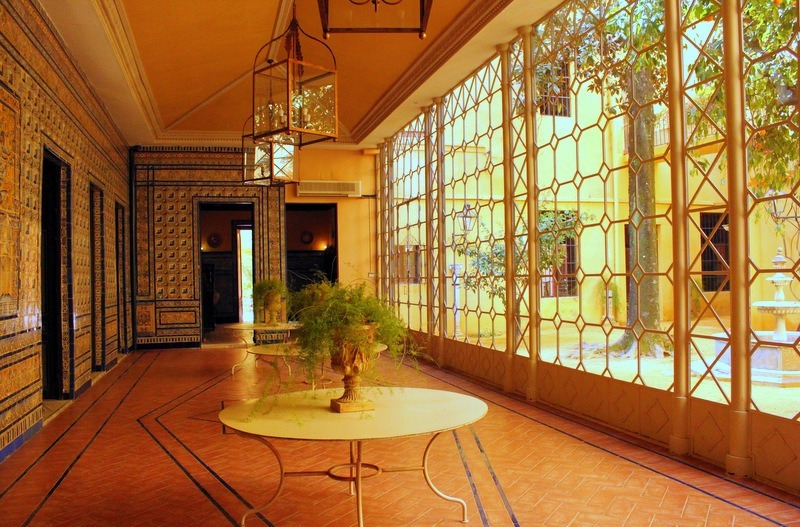 Back on the riverside, you’ve probably already seen the squat Torre del Oro, but don’t leave Seville without venturing inside.

Its name, which means ‘Tower of Gold’, stems from the fact that, thanks to its building materials, it sets off a golden reflection onto the river. This defensive tower was built in the 13th Century, and is thought to be one of a pair. A great big chain ran between the two towers, which could have been used to abruptly stop any unwanted river traffic.

Do: Head to the roof for breath-taking views of the river for the price of a few euros. 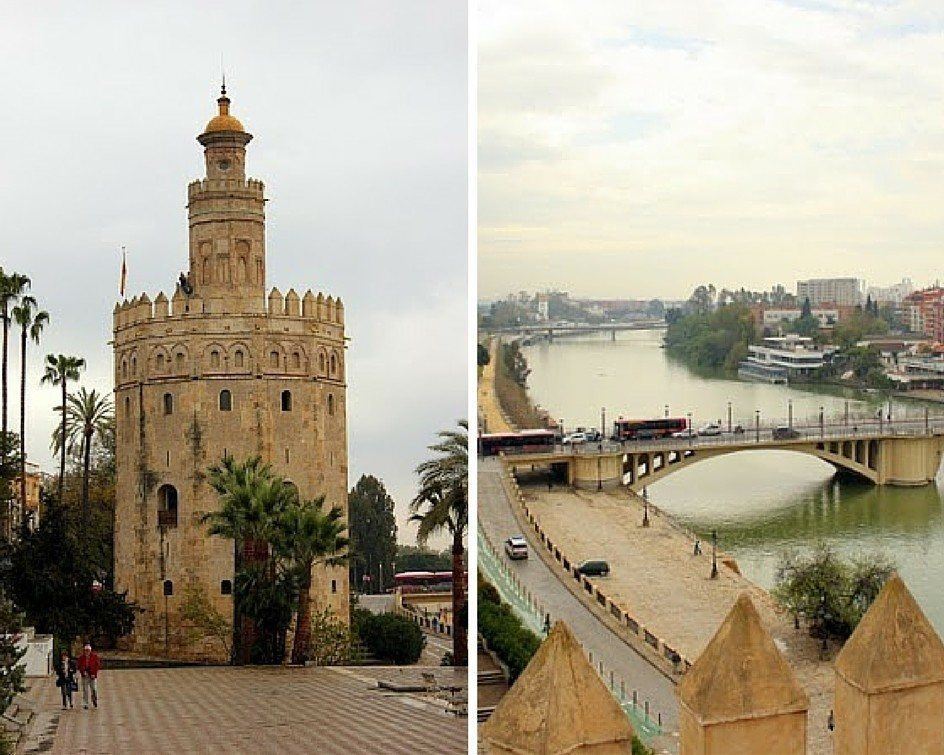 Opposite Torre del Oro, you’ll find the colourful neighbourhood of Triana. It’s a busy place, with a steady stream of both locals and tourists, and it’s the best spot to do some shopping in the city.

Triana is a vibrant neighbourhood, known for its traditional crafts and pottery, a healthy flamenco scene, a market and excellent restaurants. It also hosts a few festivals throughout the year.

Spend your last evening in Seville by wandering around Triana and soaking up the atmosphere. With small boutique and art shops lining the main streets, you will more than likely find the perfect souvenir to take home too. 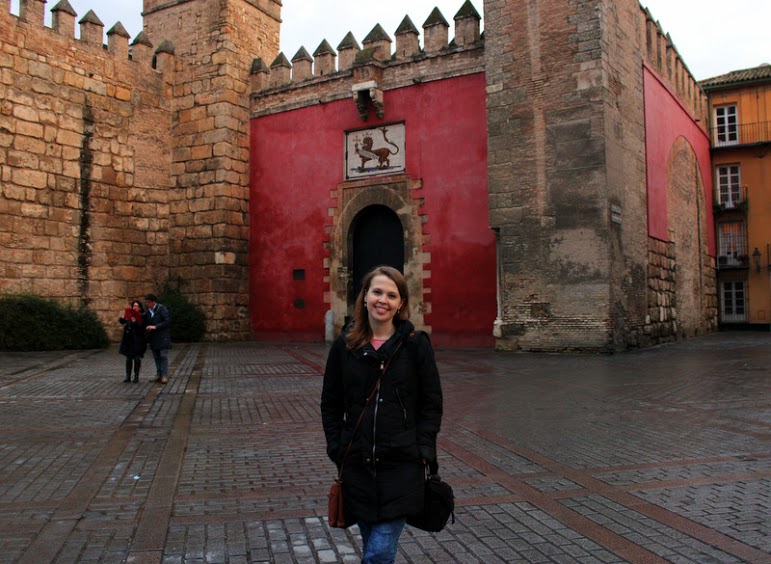 A Sassy Weekend in Seville was written by the

lovely Kasha of Lines of Escape

Kasha Dubaniewicz is a Polish South African who moved to London three years ago. Focusing on off-the-beaten-track destinations and quirky experiences, she captures all of her travel misadventures on her blog. You can also follow Kasha on Twitter and Facebook.