Tenerife for the Weekend

Posted on 7th May 2019. In European Weekends, Spain, Uncategorised 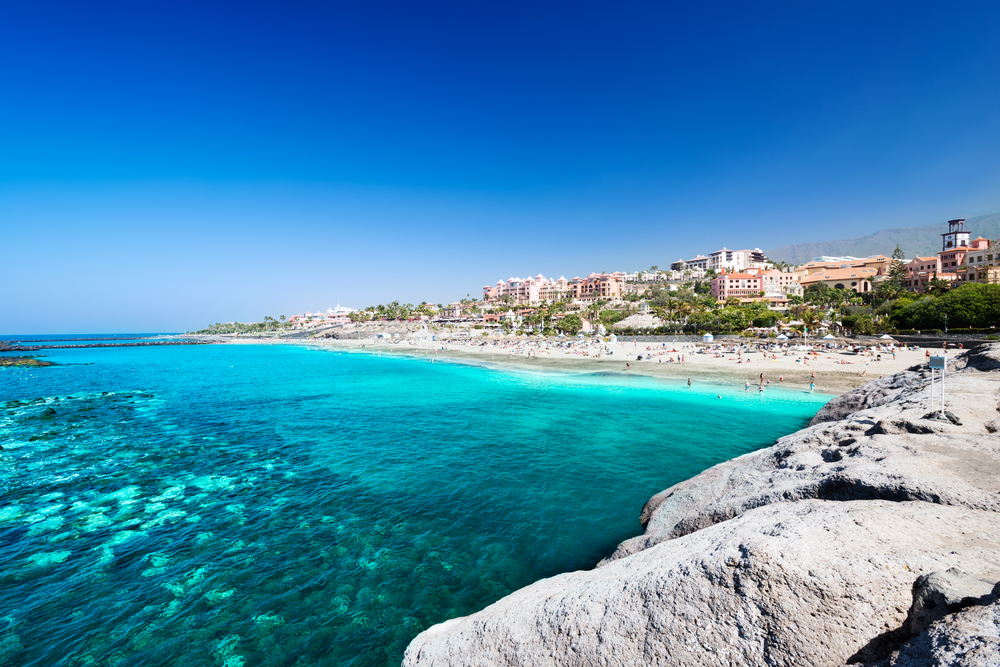 Tenerife. It’s the rugged wide-boy of the 6 of Canary Islands, and best known as the biggest of all of them (like a topographical Grant Mitchell).

The island has 2 airports, North and South, which are approx. 4 hours flying time from the UK (bonus), and is legendary for its wall-to-wall sunshine, which attracts families from across Europe all year round.

So if you’re going to Tenerife for a weekend this summer – good choice. Here’s a beginner’s guide to this much-loved island.

What to expect in Tenerife

On the one hand, you have deep volcanic colours, mind-boggling lunar landscapes and cloud-piercing peaks – with the active Mount Teide at the centre watching over the surrounding mountains like the eye of Sauron (and standing 3,718 m high). Ideal for walkers, nature-lovers, or seclusion-seekers.

Party towns for living it up

On the other, you have the shiny tourist resorts, fizzing with holidaymakers and embroidered with natural and man-made beaches. In the southwest, there’s Costa Adeje – an easy toe-dip into the fiesta lifestyle of Tenerife’s party side (we stayed here and liked it).

Whilst nearby, you’ll find Playa de las Américas and Los Cristianos – where the big bucks flow, English breakfasts are fried, and the neon lights blink day and night. Perfect for you if like the non-stop party lifestyle.

Multi-coloured beaches for all tastes

Tenerife has plenty of sun-soaked beaches to unroll your towel on. Although a craggy island, Tenerife’s rocky coastline has been converted into sandy shores – with golden sand from the Sahara, as well as the natural smokey sand from its own volcanic heritage.

El Medano is a natural wonder, considered one of the best on the island, with dramatic, sweeping beaches perfect for surfers. For a golden tan, Playa de Las Americas is probably the island’s most famous there is, complete with calm waters and beach bars.

Another Tenerife beach worth a detour is Playa Las Teresitas – east of the capital Santa Cruz. With its curving Saharan sand shore and palm tree fringe, relaxing isn’t going to be a problem.

Misty mountains for peace and quiet

Point your compass to the north or northwest, and Tenerife is different still: the Teno Mountains keep the temperatures of the north-side of the island cooler and the landscape more green and pine-sprinkled than its desert neighbour. (We needed fleeces after descending from the mountain clouds to explore this side.)

Traditional villages to get lost in

It’s in the north that you’ll discover traditional fishing villages (immune from the ‘ogi-ogi’ flash of the south), family run restaurants, 17th-century churches and convents, and a backdrop of crushing cliffs and craggy ocean.

One northerly haven definitely worth a visit is Garachico – a tiny fishing port that was entirely destroyed by a lava flow in 1706. And, of course, Santa Cruz – Tenerife’s capital – more laid-back than you might expect with plazas, art galleries and boutiques.

Getting to Tenerife from London

Top Things to do in Tenerife