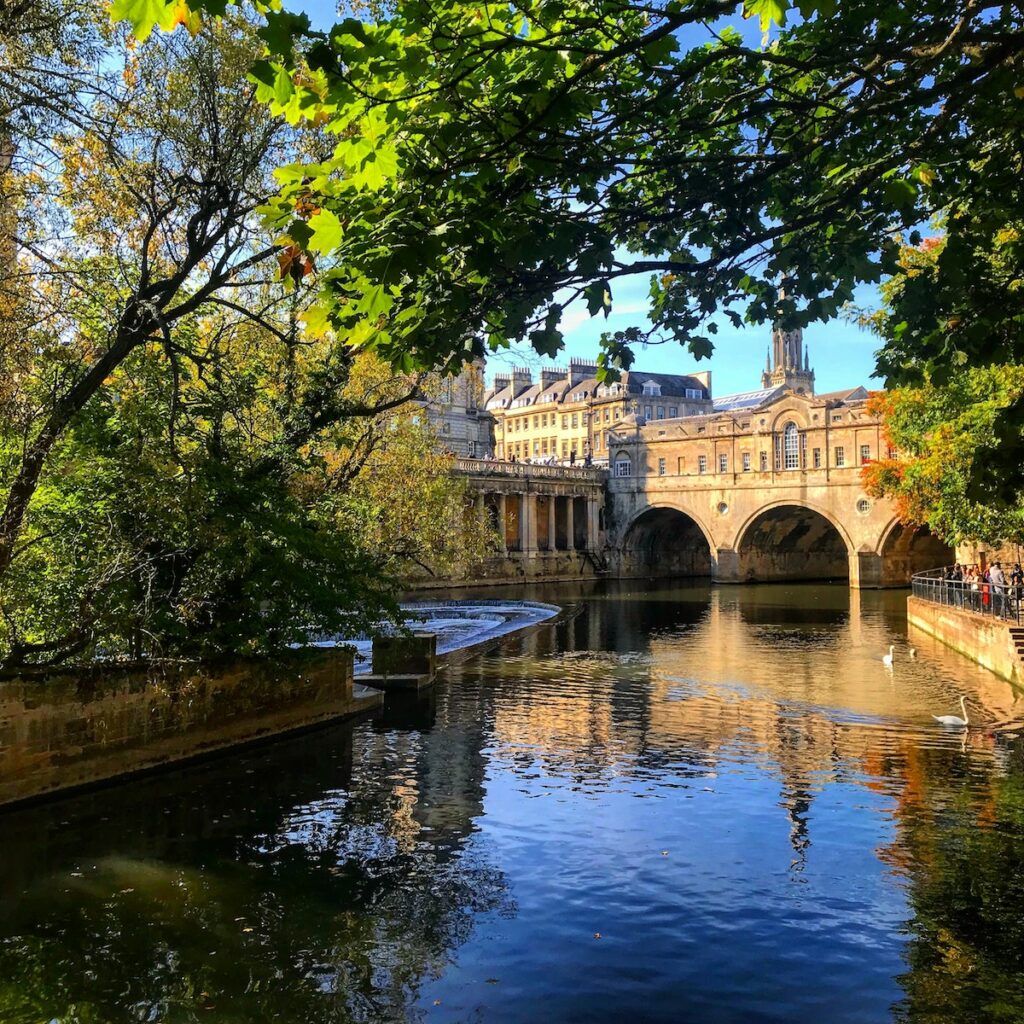 Bath is easily of the UK’s most beautiful cities and was designated a UNESCO World Heritage site in 1982. Spend a weekend in Bath on a girls’ weekend or a romantic break and you’ll see why: stunning Georgian buildings, Roman remains, hot springs, green views in every direction and the stunning River Avon flowing through the city.

Best of all, Bath is pretty compact so you should be able to see everything it has to offer in a weekend, no problem. You’ll need a pair of comfy walking shoes, however: Bath has several steep hills. Our advice, go reeeeeaaal slow, pausing at many of the wonderful cafes on the way to take it all in.

All information in this article is independently selected by our editors. If you buy or book something, we may earn an affiliate commission.

An Easy Peasy Weekend in Bath

See this: Three of Bath’s most historical sights

Right in the heart of the city you’ll find Bath Abbey, which is a great place to start your Bath weekend of exploration. Begun in 1499, Bath Abbey is the last of the great medieval churches of England. Its great stained-glass windows and honey-gold stone columns should not be missed, and there’s also an optional tower tour that gives a jaw-dropping view of the city.

Just a few steps away from the Abbey, is the Roman Baths; a must-visit when you come to the city. Here you can walk through the original roman baths and find out all about the Roman temple of Sulis Minerva.

Once you’ve taken all that in, why not stop off at the Pump Room, an 18th century building that was the heart of Georgian socialising. Here you can actually buy a glass of the warm spa water to drink from the King’s Spring water fountain. The Pump Room is considered one of the city’s best restaurants and known as the place to go in Bath for afternoon tea.

Top tip: Being a popular spot for afternoon tea, The Pump Room does get booked up quickly so book in advance or consider heading to the Francis Hotel instead.

We recommend: Jumping on the ‘Hop on Hop off Bus Tour of Bath’ – it’s a great way to see the layout of the city before deciding where to visit 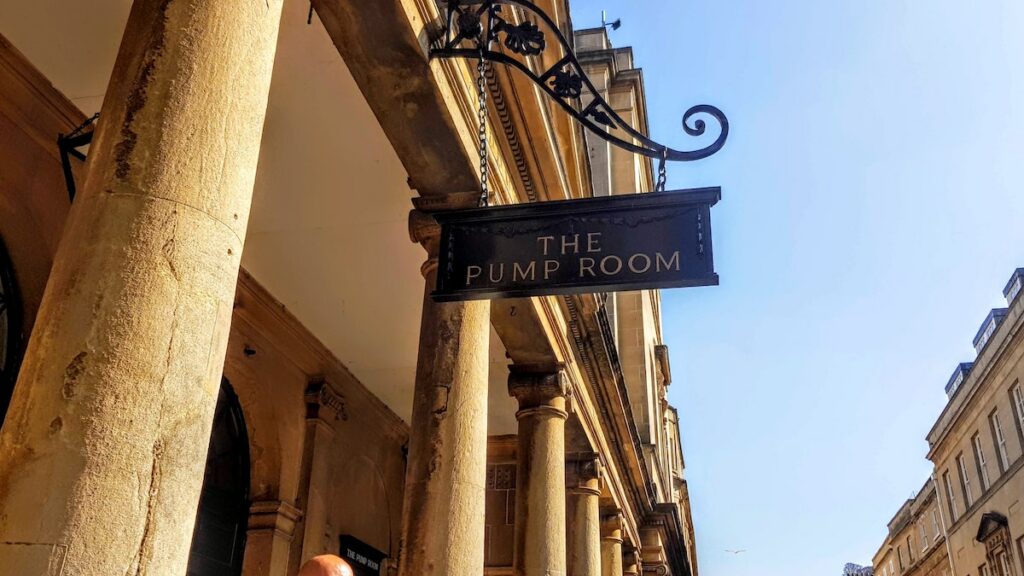 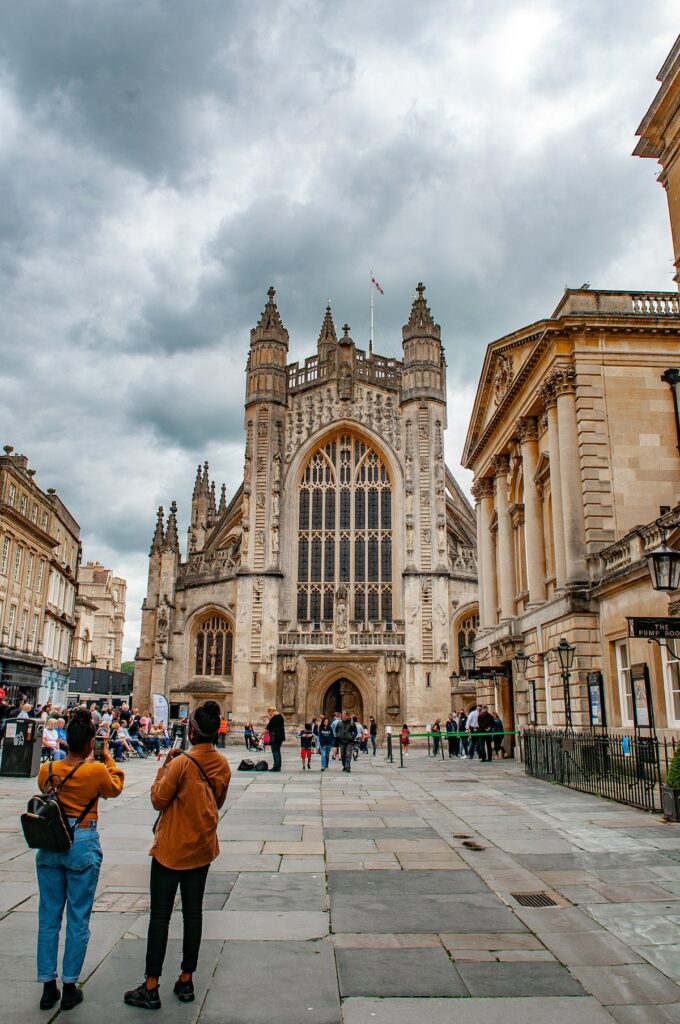 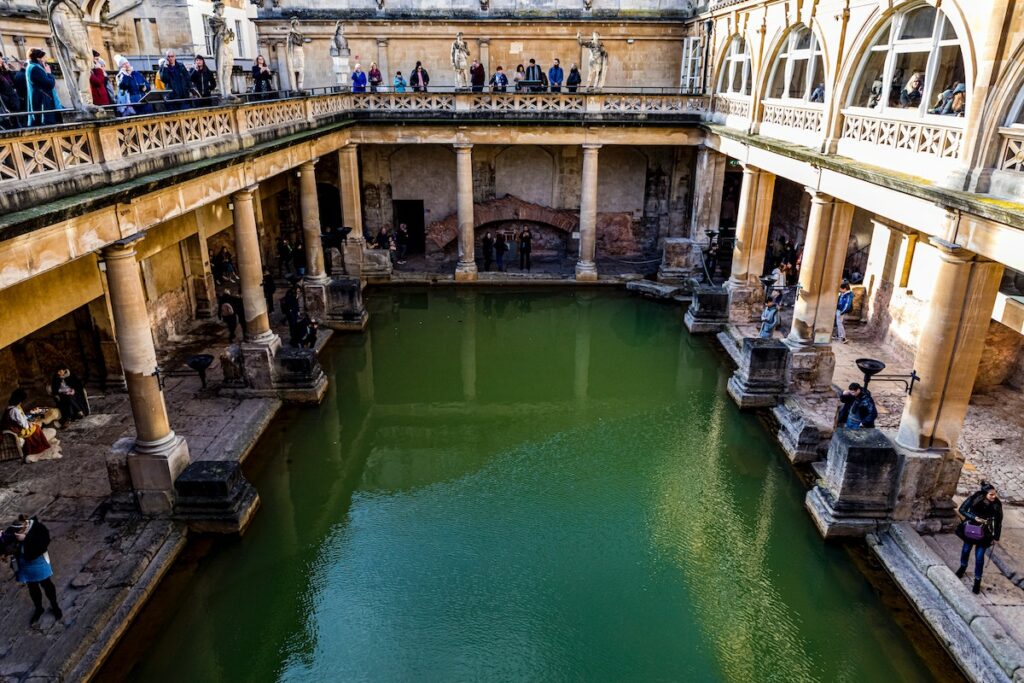 Do this: Get up close and personal with Jane Austen

Bath is know for its ties to Jane Austen, who lived in the city for five years. Just off one of the main shopping streets you can find the Jane Austen Centre, where you can learn more about her life.

Alternatively, head along to the Assembly Rooms, also now home to the Fashion Museum. Back in Jane’s time this hall, with its sparkling chandeliers, would have been where the city’s finest would come to attend balls. You can even stay in Jane’s old home in Sydney Place, and walk through the Sydney Gardens opposite, one of Jane’s favourite Bath haunts.

Top tip: Download a free Jane Austen audio tour online that allows you to follow in Jane’s footsteps through the city, and in summer there’s also a special guided tour that takes in many of the sights mentioned in her novels.

We recommend: If you’re a Bridgerton fan, then you’ll love this Bridgerton Filming Locations Walking Tour! 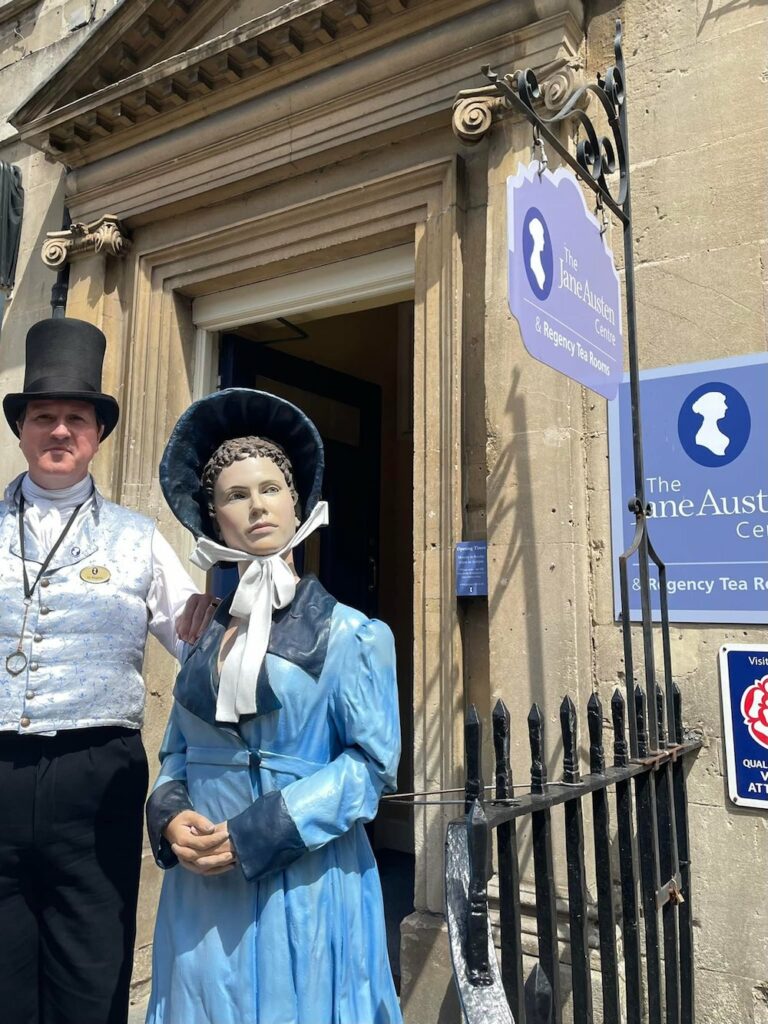 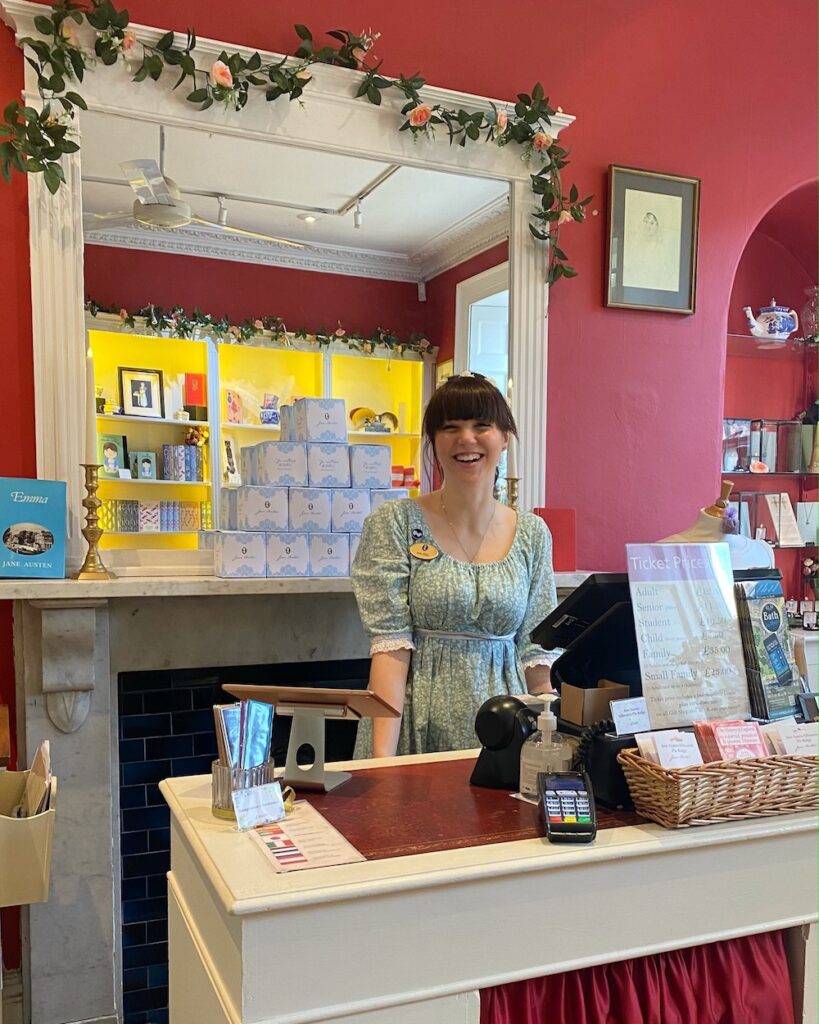 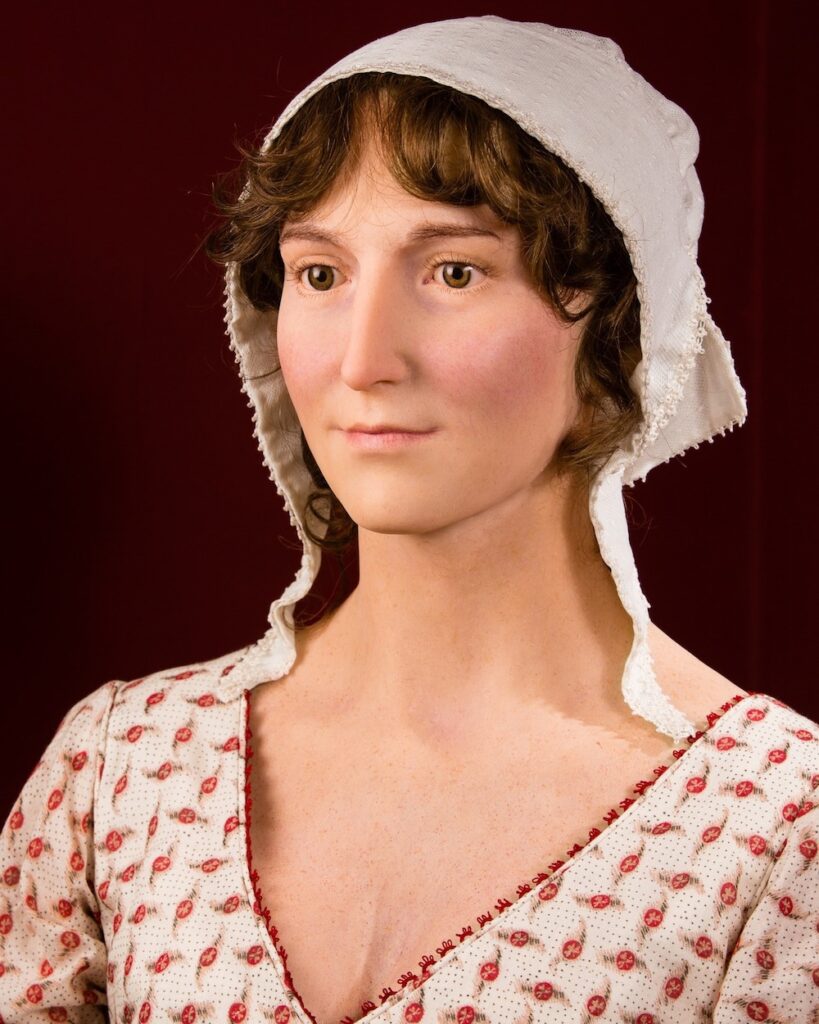 Bath has an international reputation a brilliant foodie destination. So, the best way to sink your teeth into the city’s independent food scene on a weekend in Bath is with a local by your side. For that reason, we love the walking food tours run by Savouring Bath, headed up by veteran tour guide and Bath local, Mike James.

Savouring Bath have six great food tours available that run during the week and at weekends. Book their Culinary Comforts tour which runs on Saturday at 2pm and you’ll get to sample some of the best food and drink from Bath’s independent culinary artisans. What’s more, every tour is different because it’s curated on the day so you never know what you’ll be tucking into. Costs: £65pp

We also recommend: Savouring Bath run a 3-hour cheese tasting tour on Saturdays at 9:45am – so you could start your weekend in Bath with a fromage breakfast instead! 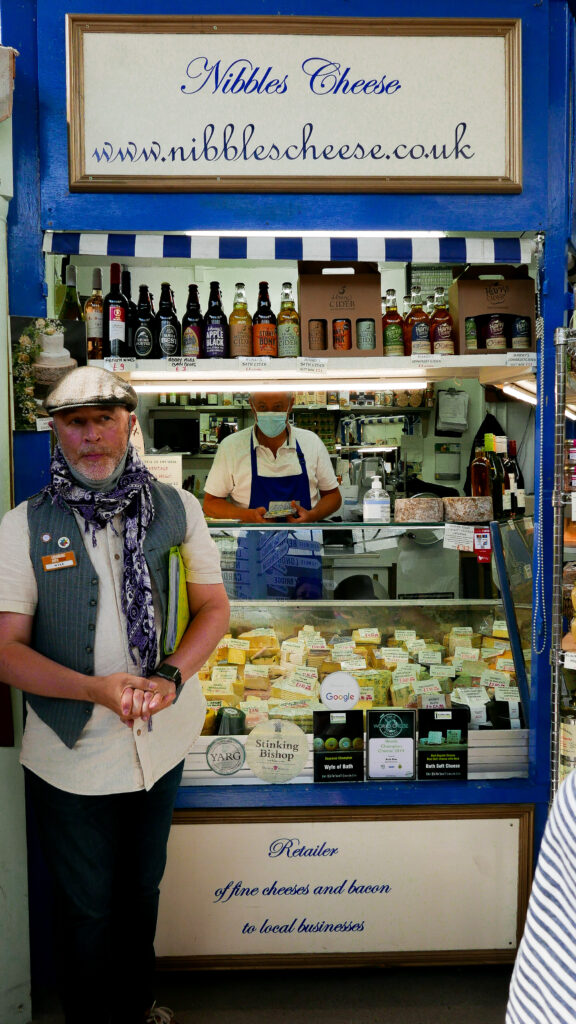 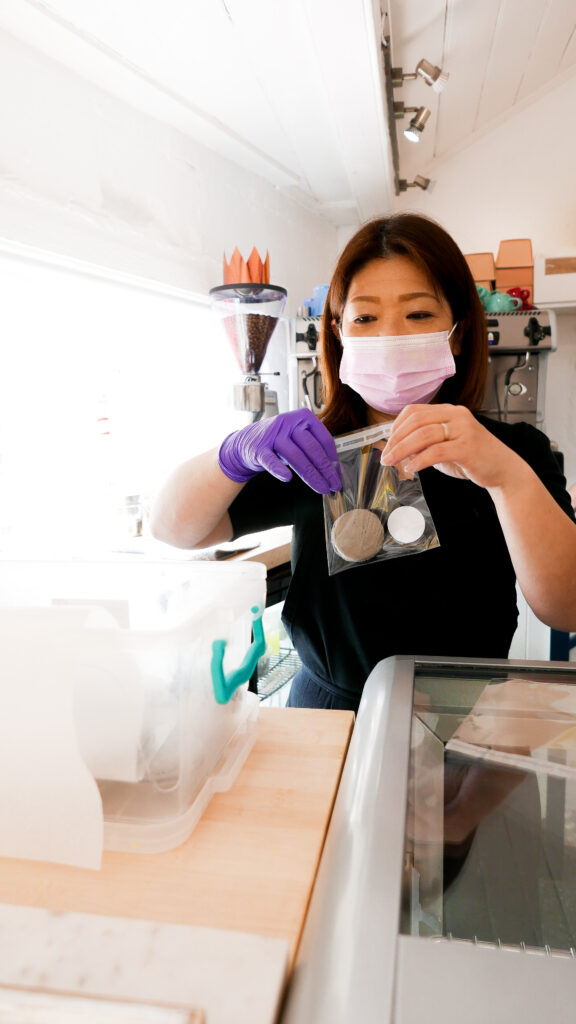 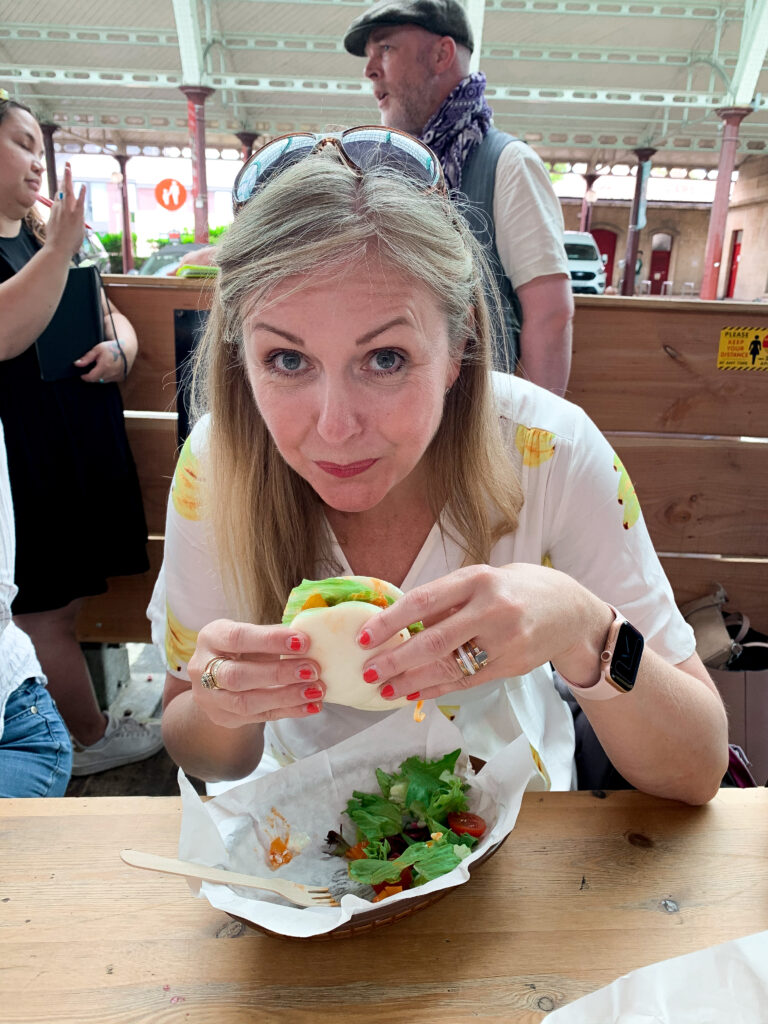 Shop this: Bath’s Many Boutique Delights

Once you’ve had your fill of history, while away an hour or two with some upscale shopping (Jo Malone, Anthropologie and Jolly’s – the UK’s first department store – are worth a visit). The city has loads of independent stores alongside the high street names. The London Road and Walcot areas have affectionately been known as Bath’s Artisan Quarter since the 1960s. Here you’ll find a collection of boutique shops have everything from vintage clothing to designer homeware, and from quirky artwork to delicious food.

Bath is also home to many pop-up markets where you can shop local produce and artisan delights whilst enjoying the lively atmosphere.Browse covered markets under the vaulted glass ceiling of Green Park Station. Once Bath’s main railway station, the remarkable restored building provides space for local businesses to come together and sell their goods.

Top tip: If you’re a gin lover, head to the Canary Bar with over 200 different types of gin on offer, including Bath Gin invented by the bar’s owner, Peter. It’s impossible not to walk away empty handed!

An Easy Peasy Weekend in Bath

See this: Bath’s answer to the Ponte Vecchio bridge

Start your Sunday chilled by finding a lovely local café for breakfast – we love the Society Cafe – then taking a stroll down the Georgian masterpiece that is Pultney Bridge, which spans the River Avon. It is the only historic bridge aside from the Ponte Vecchio in Florence, to have shops built into it.

Built in 1769, the Grade-I listed bridge was originally a toll bridge and boundary between parishes, built on condition that fresh water could be piped across it from the hills to the town houses.

The famous weir at Pultney Bridge is one of the best known sights in Bath and it’s worth taking a boat sightseeing cruise to get an entirely new perspective of Bath from the water.

Random fact: Pultney Bridge was the bridge that Russell Crow jumped from in a scene from the Les Miserable movie. 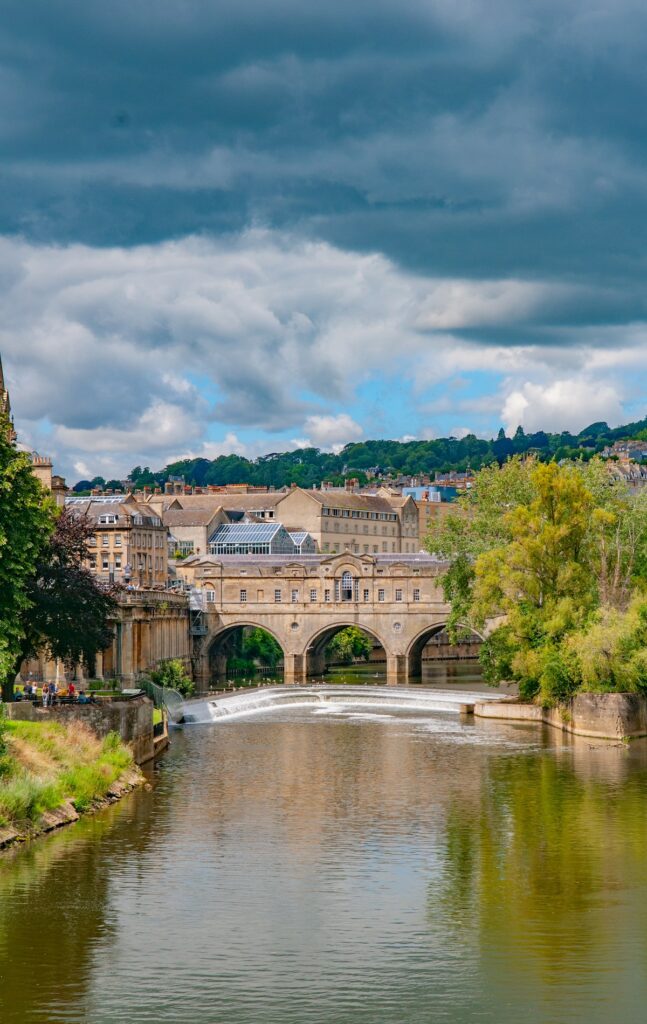 Walk this: The Circus and Royal Crescent

After relaxing by the water, meander up to the Circus and Royal Crescent. The Circus, originally called King’s Circus, was designed by the architect John Wood, the Elder. It consists of three curved segments of Grade I listed townhouses, forming a circle with three entrances.

Linked to The Circus is Royal Crescent, a row of 30 terraced houses laid out in a sweeping crescent. In both spots you can find the greatest examples of Georgian architecture in the United Kingdom and there’s nothing nice than promenading along them on a bright day. This area has also been a draw for the celebrities who make Bath their home. Indeed,  Thomas Gainsborough and Nicolas Cage both lived in the city for a while.

Top tip: Visit No.1 Royal Crescent – it’s a magnificently restored townhouse museum where you can find out what life was like for wealthy families and their servants during Georgian times. 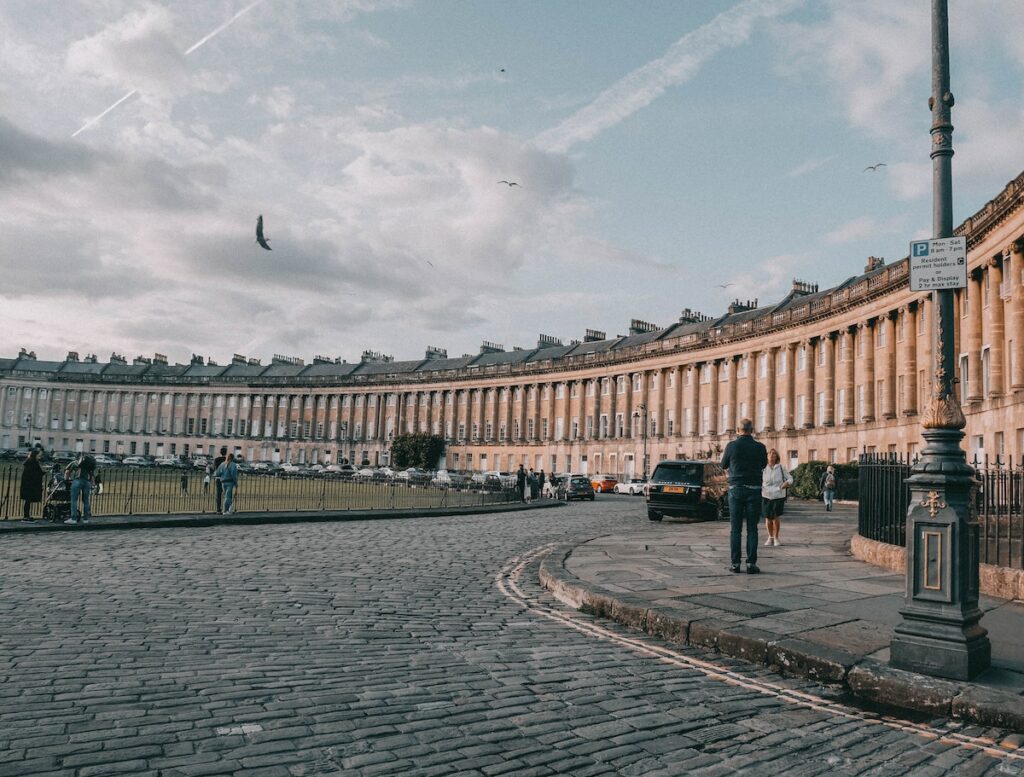 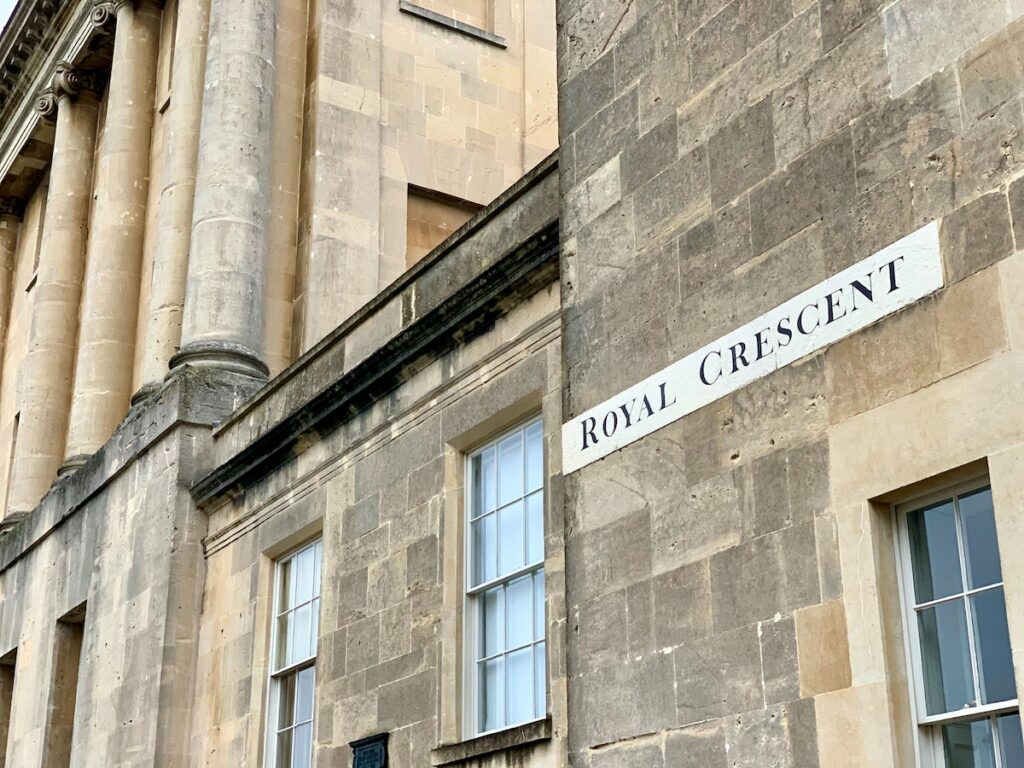 When lunchtime hits make tracks for Bath’s oldest house, Sally Lunn’s, which was built in 1482. This café and museum is home to the famous Sally Lunn bun, a large scone-light sweet bread, which is still made to Sally’s original secret recipe. The story goes that Sally Lunn was a a young Huguenot refugee – Solange Luyon – who came to Bath in 1680 after escaping persecution in France.

She found work in the kitchen of the bakery in the street (known in those days as Lilliput Alley), and began baking a rich, generous brioche bun similar to the French festival breads that she was familiar with. The bun – designed to be enjoyed with either sweet or savoury fillings – became  very popular in Georgian England, And the rest, as they say, is history. 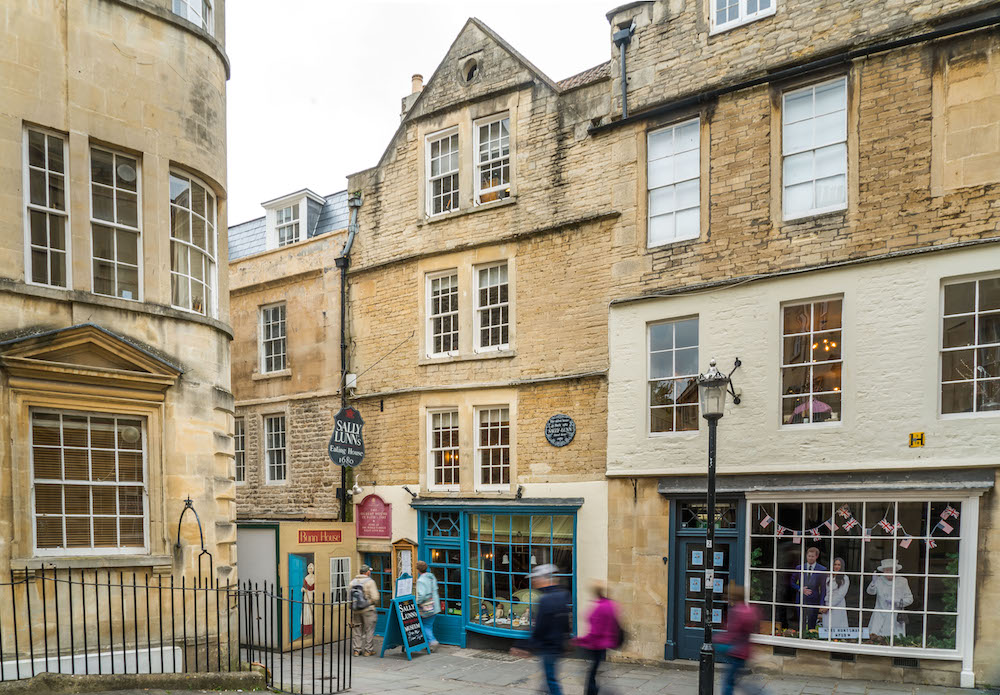 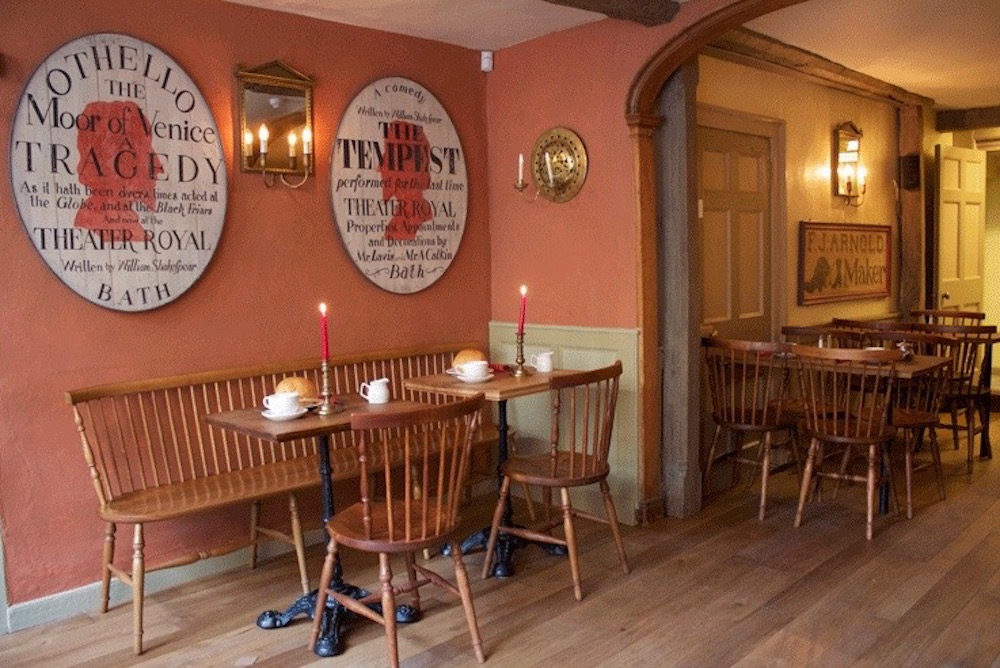 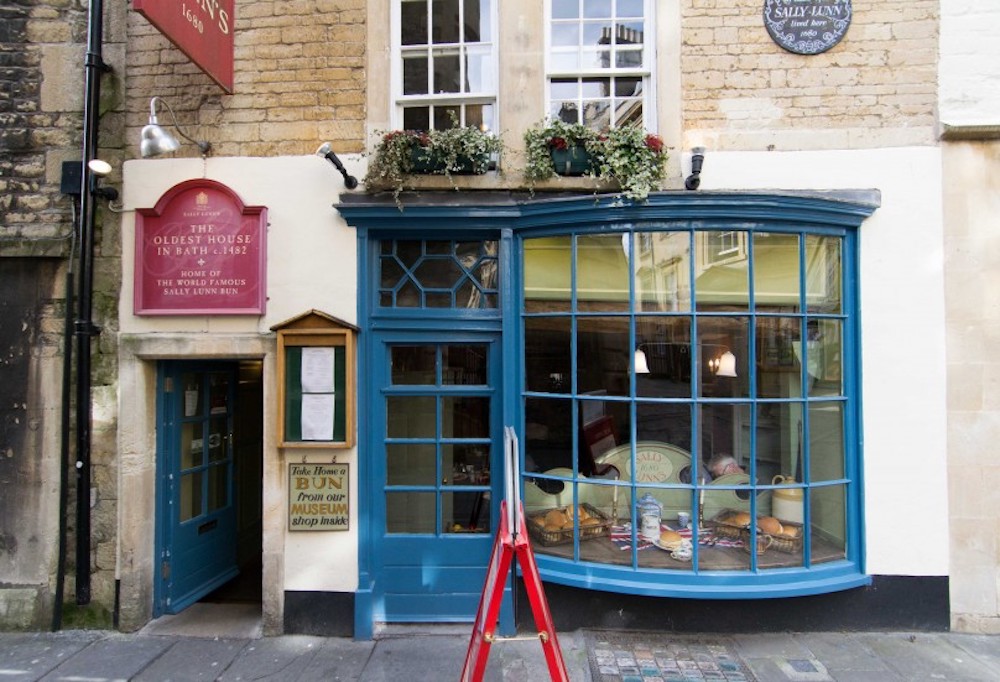 What better way to end your weekend in Bath than by taking in the city’s skyline from the rooftop pool of the Thermae Bath Spa, where you can bathe in the naturally warm mineral-rich waters of the Minerva Bath.

Although it’s hard to leave your spot in the roof-top jacuzzi, it’s worth exploring the spa’s five floors, which also include a large swimming pool, foot spas, a variety of aromatherapy steam rooms and a large invigorating rain shower.

Perhaps treat yourself to a spa treatment or head out of the main building for a trip to the Cross Bath, a small open-air thermal bath, which is recognised as a sacred site because the Celts once worshipped the goddess Sul here. Sadly, it’s only open Mon – Frid, but that’s the perfect excuse to book a midweek return trip to Bath don’t you think? 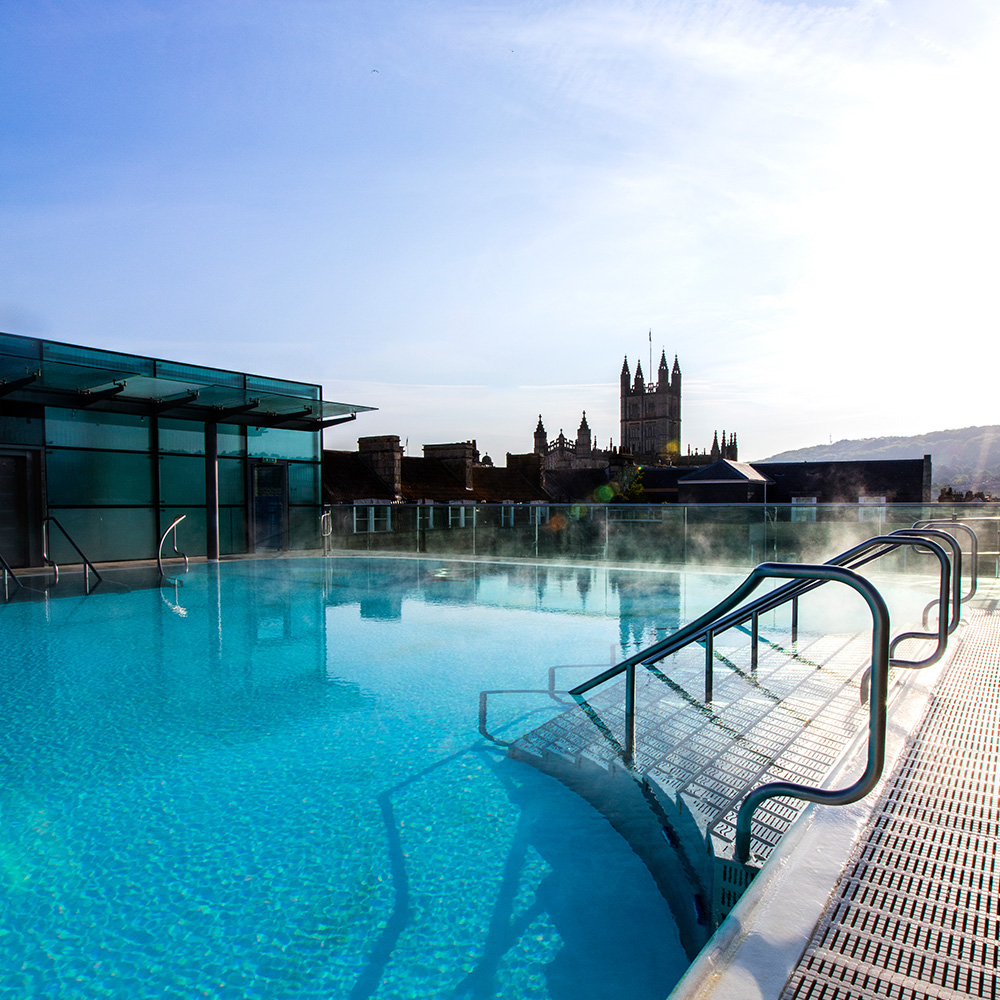 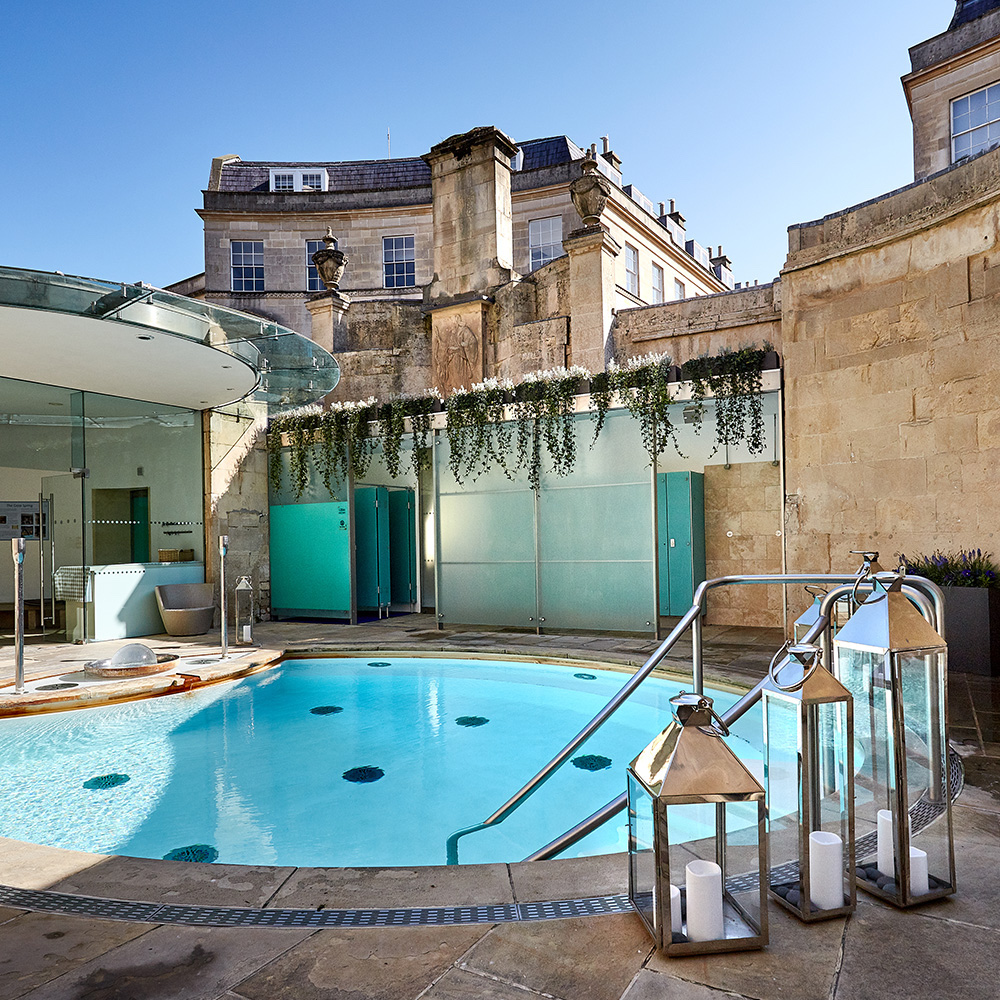 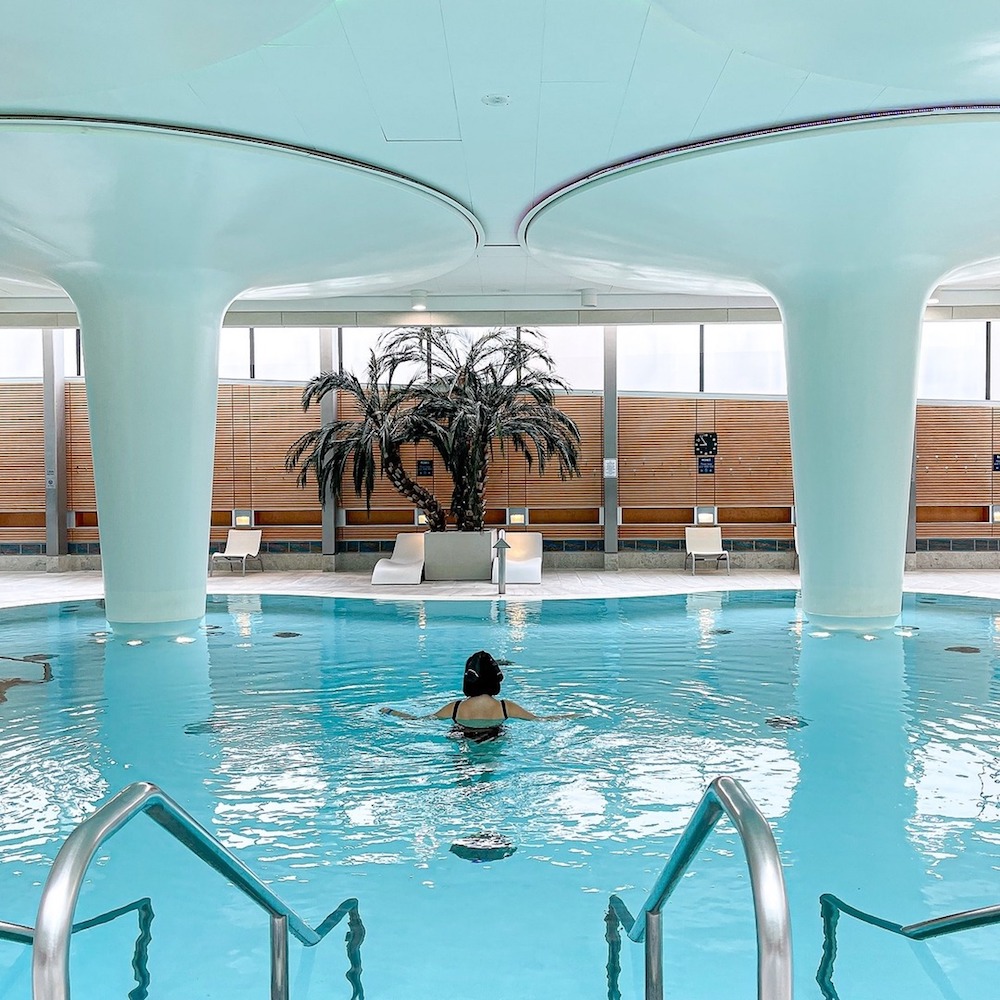 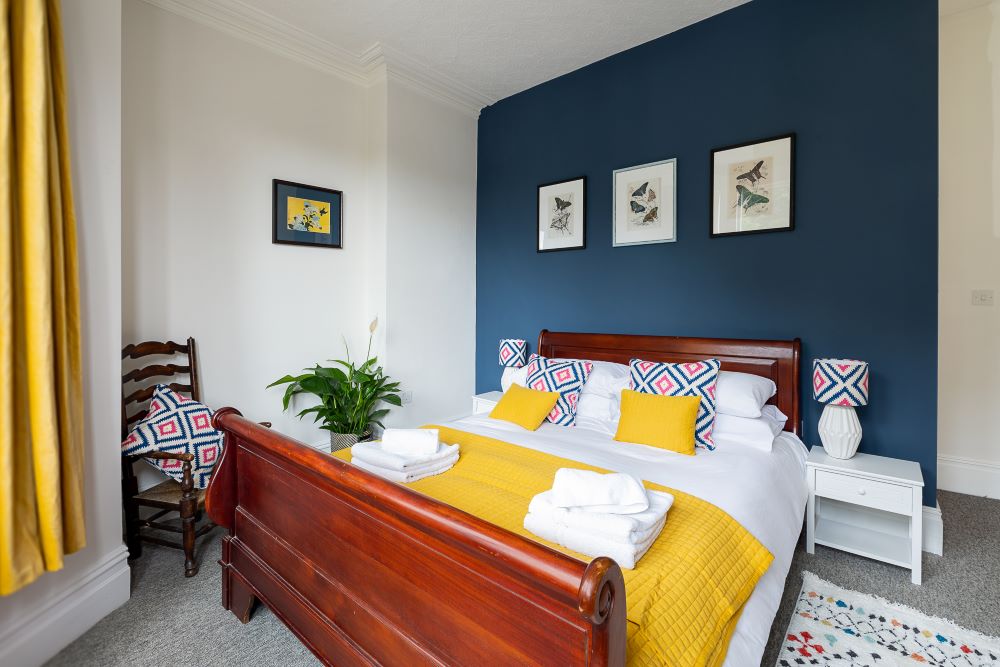 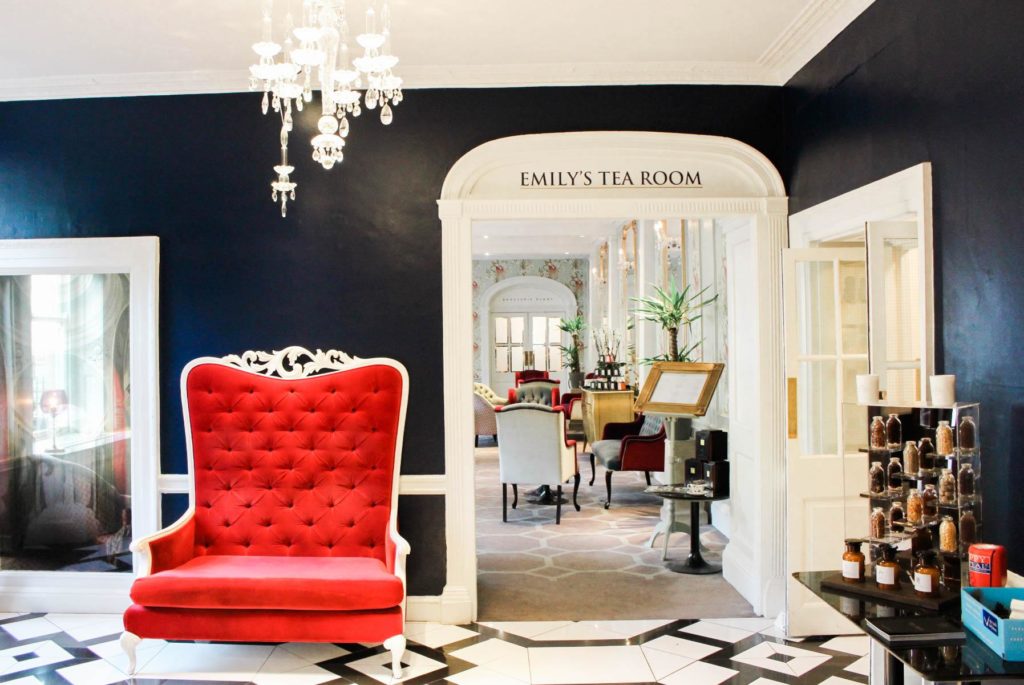 The Great British institution of afternoon tea has gone through a renaissance of late. Classic as the tradition may be, the ‘high tea’ 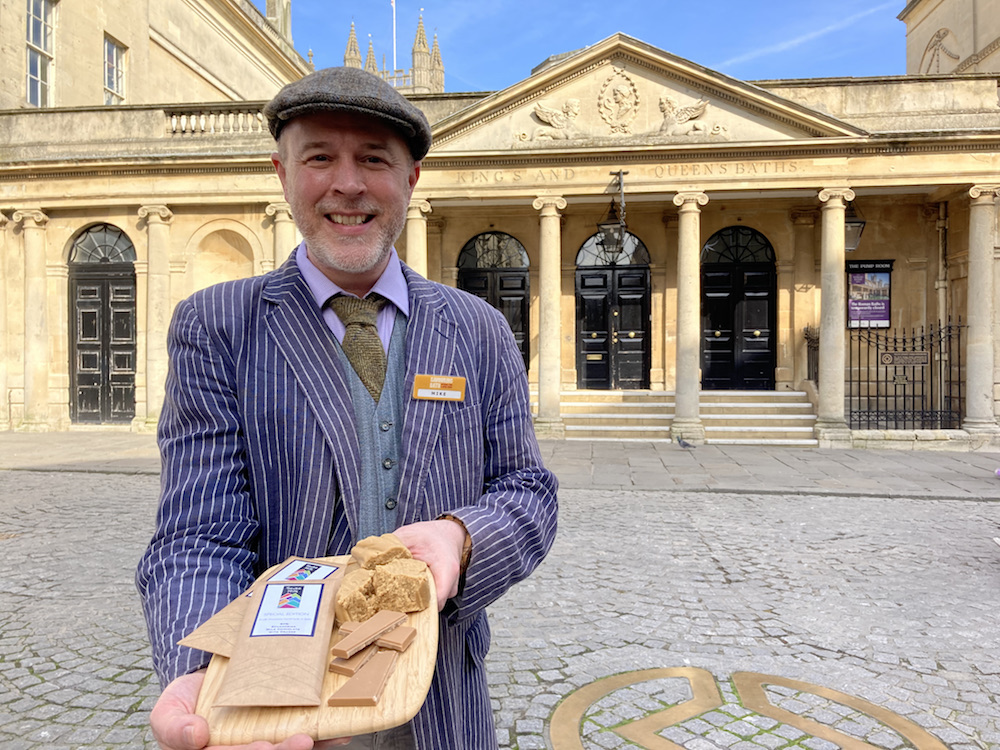