How to spend a day in Florence

Posted on 7th May 2019. In European Weekends, Italy, Uncategorised 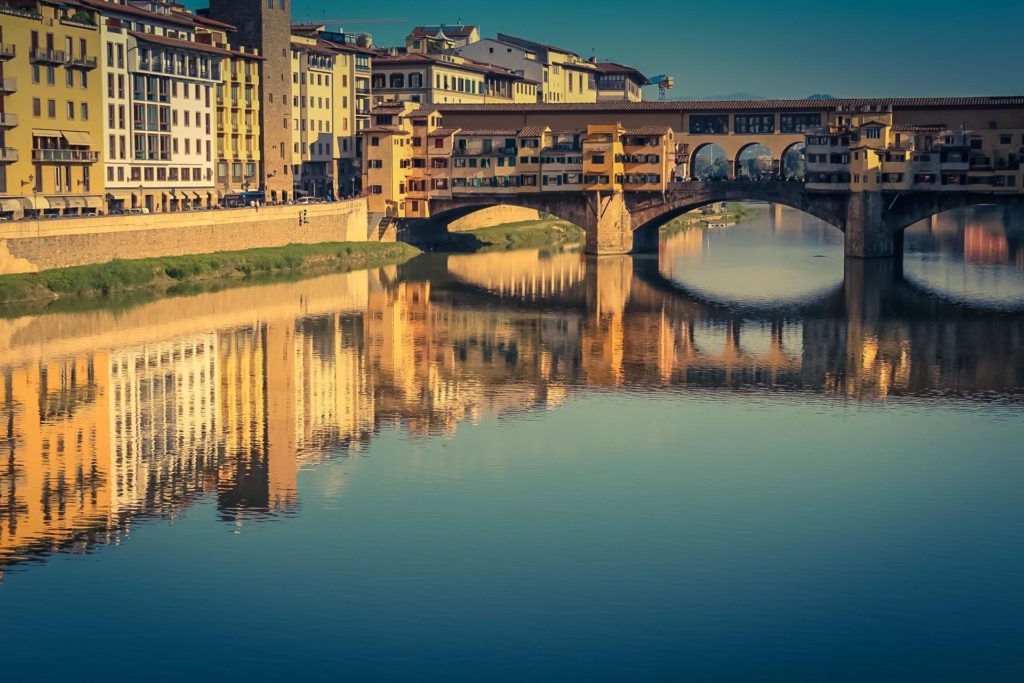 Underneath my feet the grey flagstones of Piazza della Repubblica lie stoically. Saying nothing. Their faces blank, except for the pockmarks and scratches that give away their age.

As I walk over them it’s impossible not to silently beg them to tell me of the feet that have pressed on their backs over the years. Dante. Da Vinci. Botticelli. The Medici. Machiavelli.
But their cool features give nothing away. No whisper of genius. No murmur of struggle. No mutter of the human lightness and darkness that has flooded this Italian city during its centuries-old history.

So I wander on, through Florence’s famous Piazza and into its vein-like streets, guided only by my imagination and armed with a camera. Hungry to feast on the intoxicating beauty, history, and art that makes this Renaissance city my one true European love.

Hungry to make this one short November day last forever.

Where to Stay in Florence

15 Best Places to Visit in Tuscany

Florence in the autumn is simply breath-taking. Because the sun is lower in the sky, it casts a shallower, gentlier glow over Florence’s precious wonders. If you can, rise early and wander through the Tuscan capital as other travellers are yawning over their breakfast.

Start at Florence’s historic centre – Piazza della Repubblica. This is where the city’s heart beat strong during the Roman era. Although it’s much changed today, the Piazza della Repubblica sings with a bygone beauty, the loudest of which is the imposing triumphal arch at one end of the square, known as the Arcone. It’s in the square, also, that you’ll discover a stream of historical cafes where artists and writers mused as Florence went about its business: Caffé Gilli, Caffé Paskowski and Caffé delle Giubbe Rosse are worth a look in.

From here make your way south to Piazza della Signoria for its mighty Renaissance statues, architecture and facades. The 14th-century Medici seat of power – The Palazzo Vecchio – is a must, with its replica Michelangelo’s David waiting outside.

Afterwards, head to Piazza del Duomo 17 where your eyes will struggle to take in the pink, white and green marble magnificence of the city’s most iconic landmark: the 13th-century Cattedrale di Santa Maria del Fiore – better known as The Duomo. 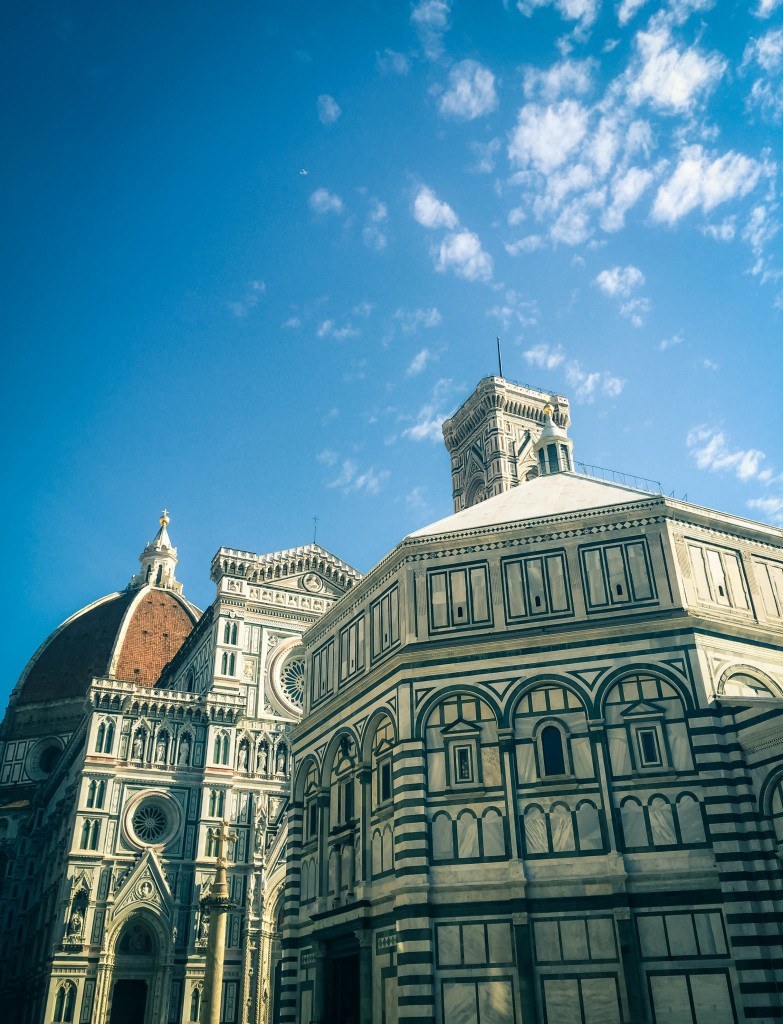 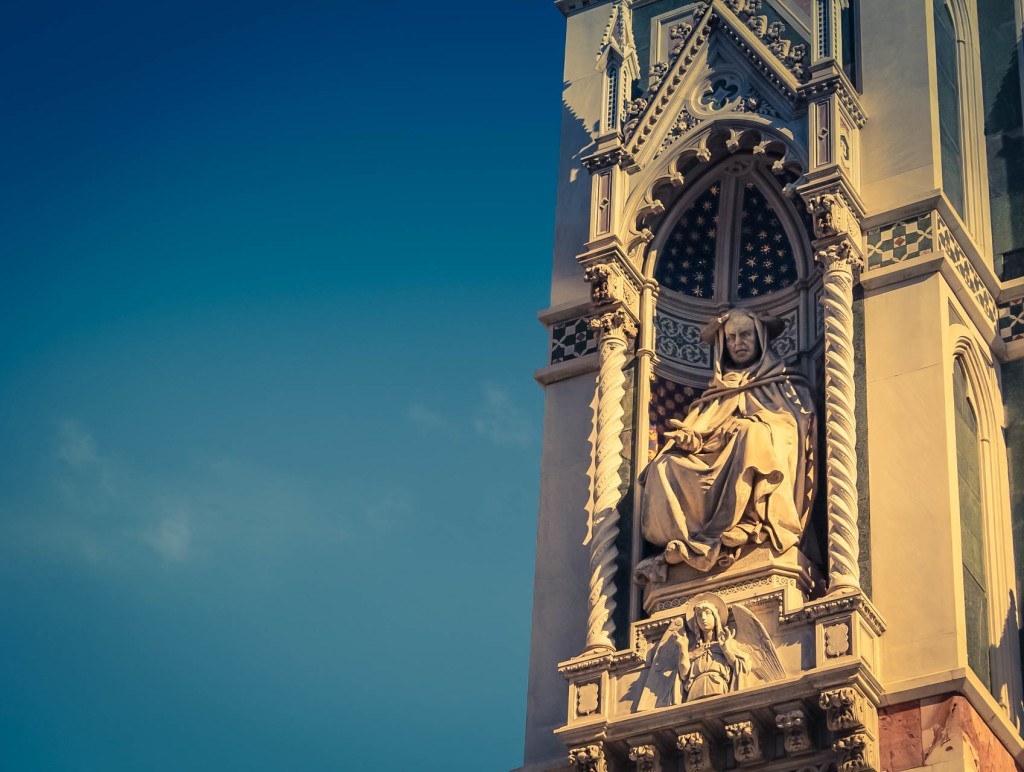 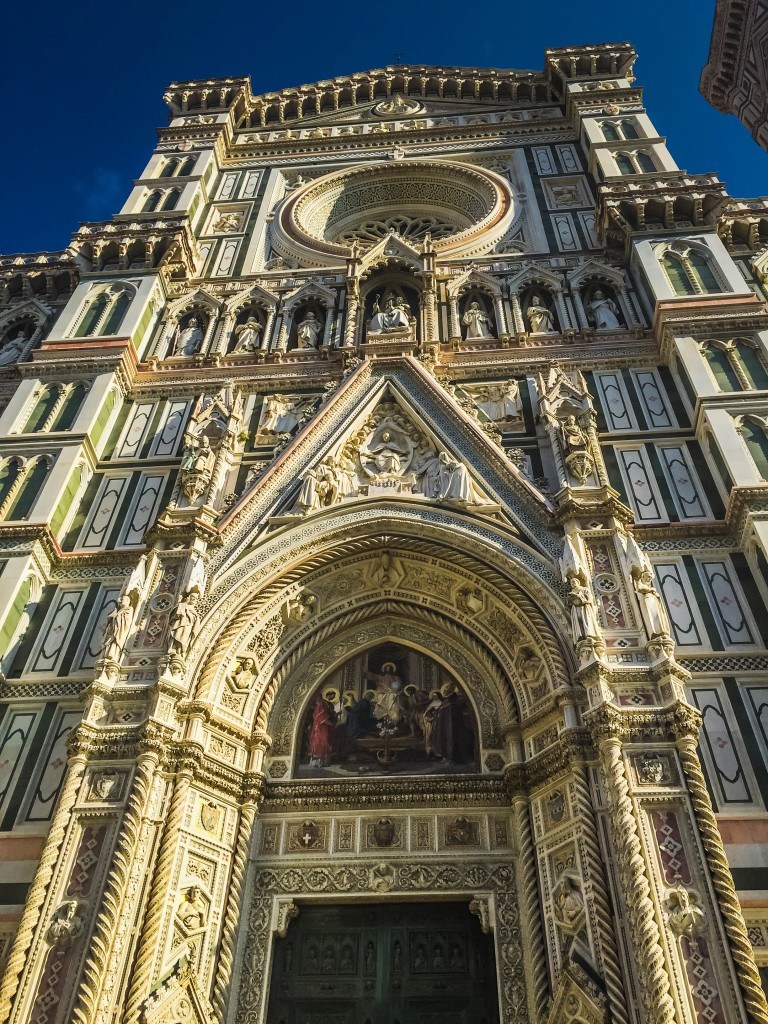 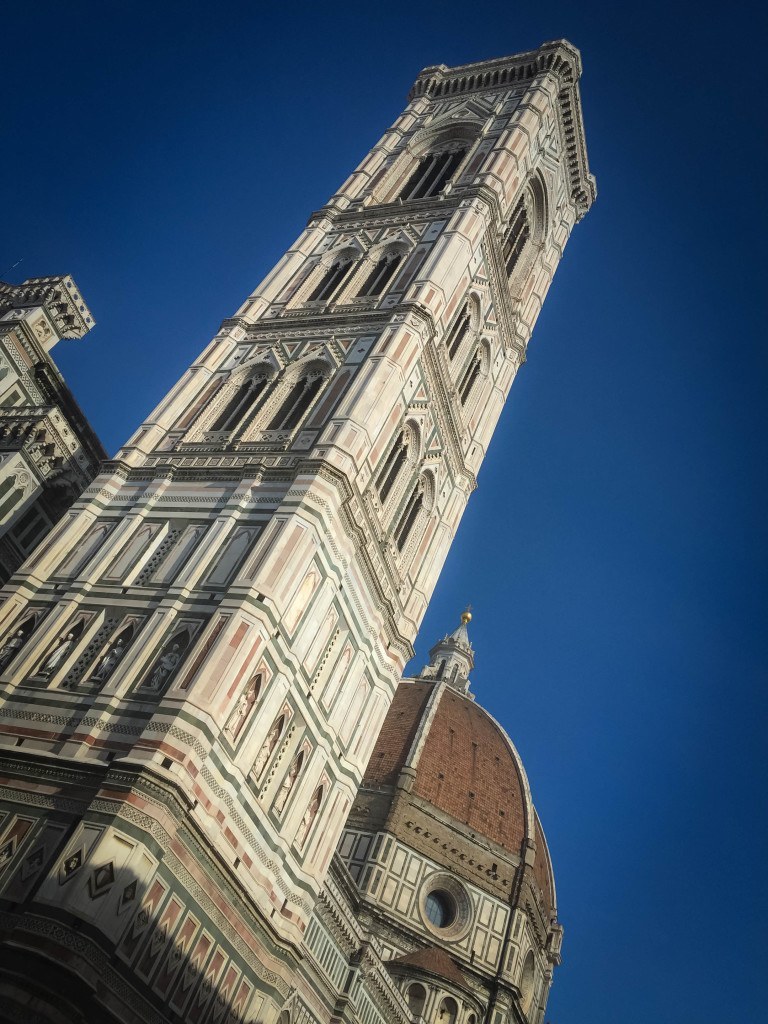 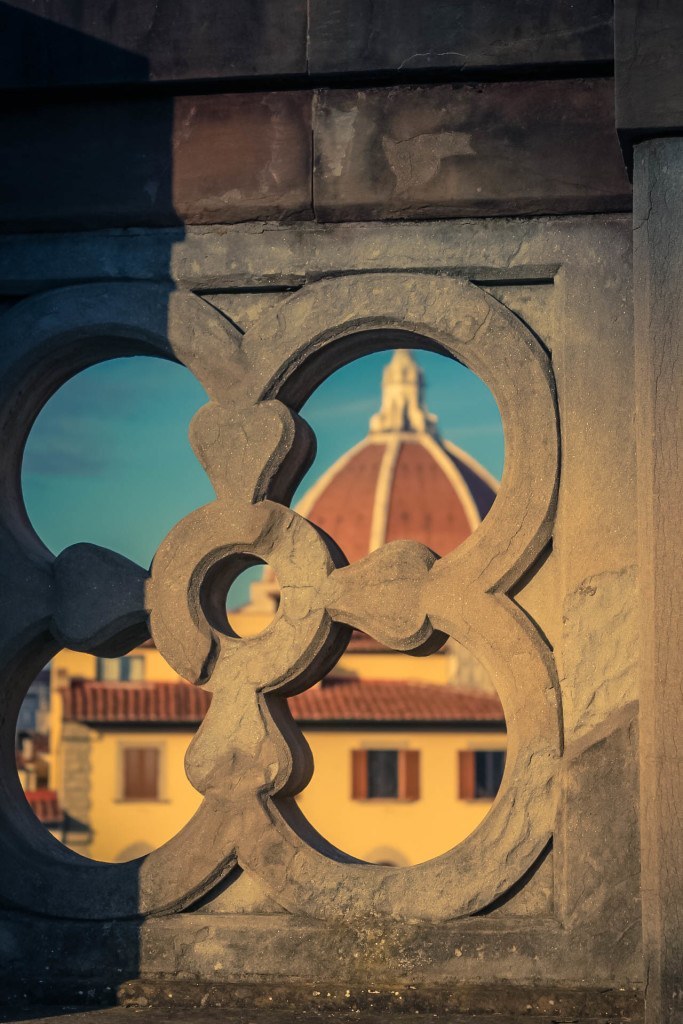 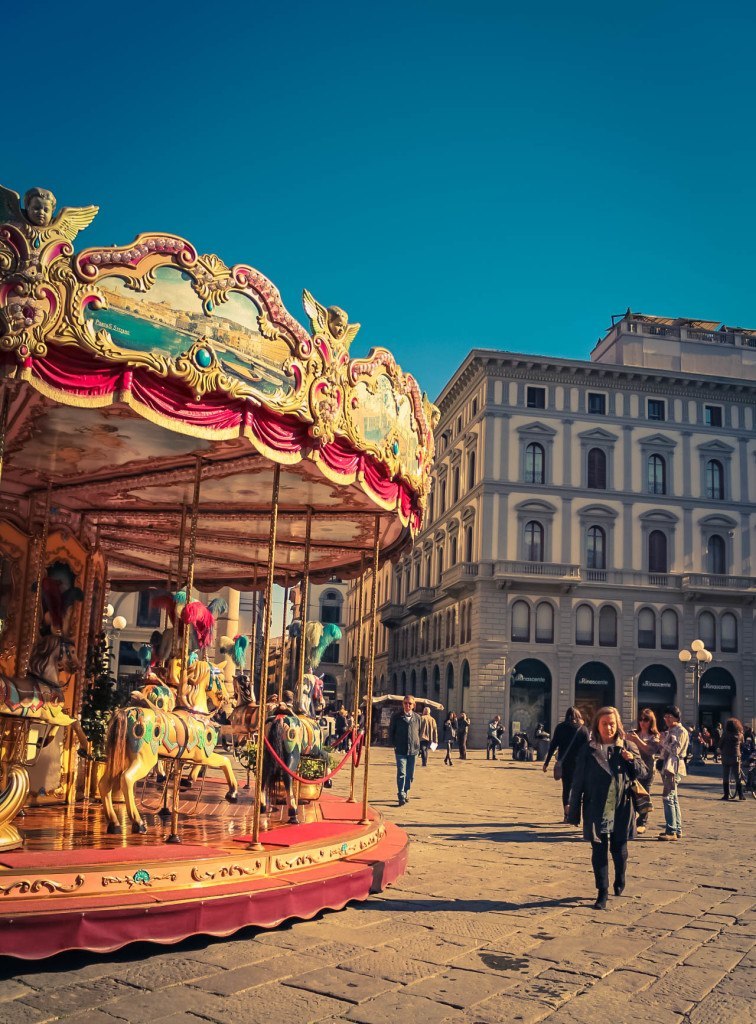 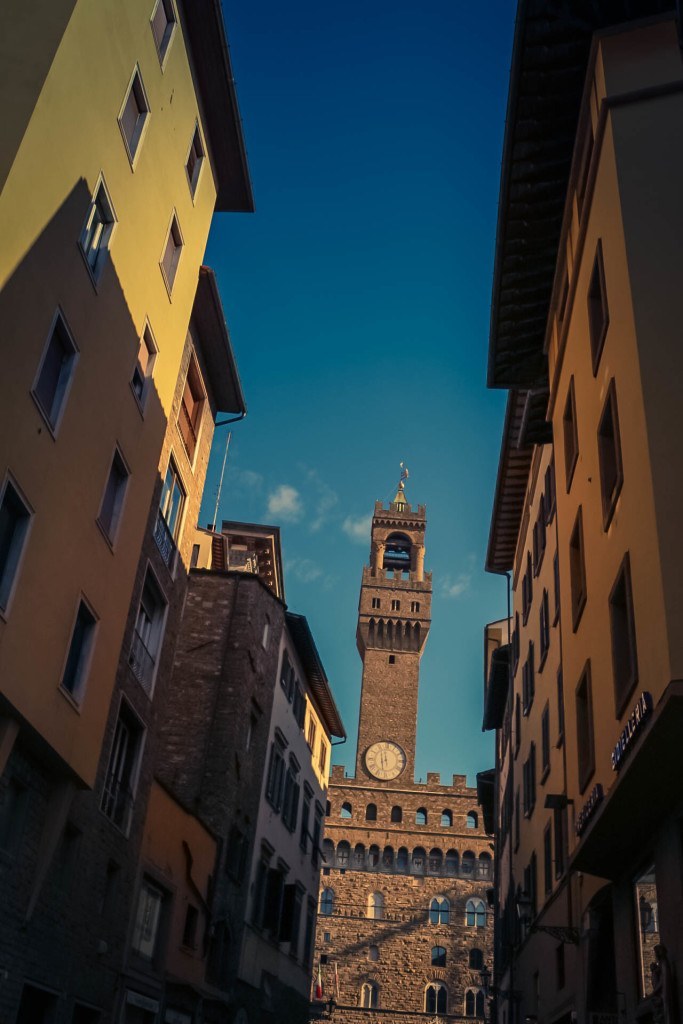 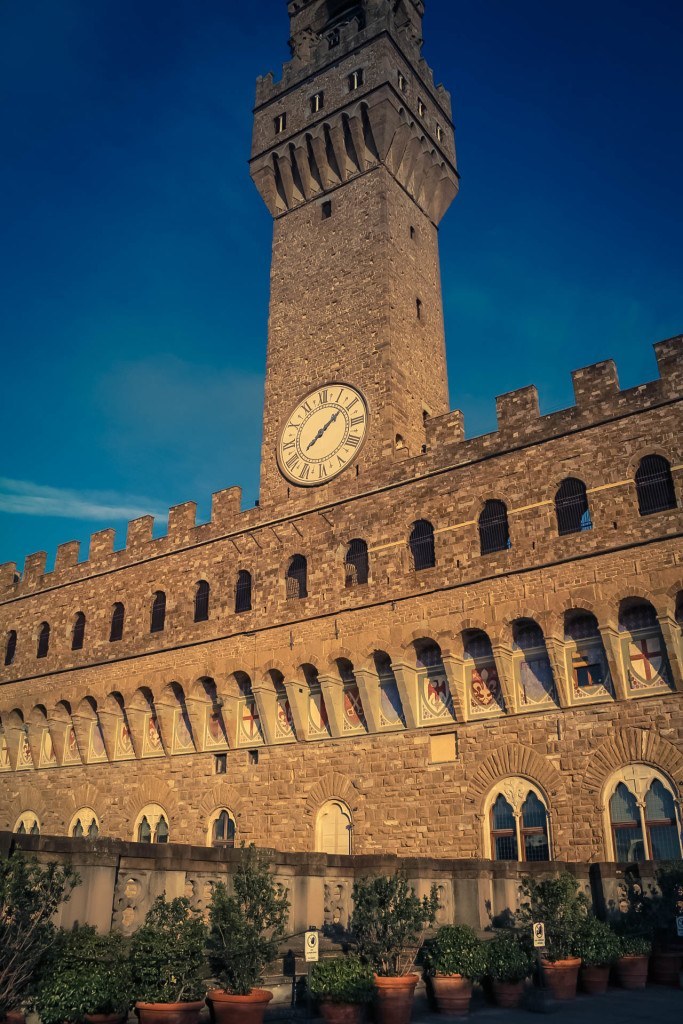 Florence glints with Medieval and Renaissance art; its bejewelled churches, palaces and squares living testament to the masters who once lived and worked in the city, patronised by the Medicis.

Florence’s premier gallery is, of course, the Galleria degli Uffizi – and the afternoon is a good time to go to let the queues dwindle. Occupying the vast U-shaped Palazzo degli Uffizi, and built between 1560 and 1580, this timeless palace of creativity houses the world’s greatest collection of Renaissance art.

From Botticelli’s The Birth of Venus to the masterful brush-strokes of Da Vinci, Titian and Rembrandt, the Uffizi packs a cultural punch that can be overwhelming if you don’t plan your route around its main rooms carefully. My tip: the hushed hallways linking the rooms are masterpieces themselves and worth dallying behind the crowds to experience. 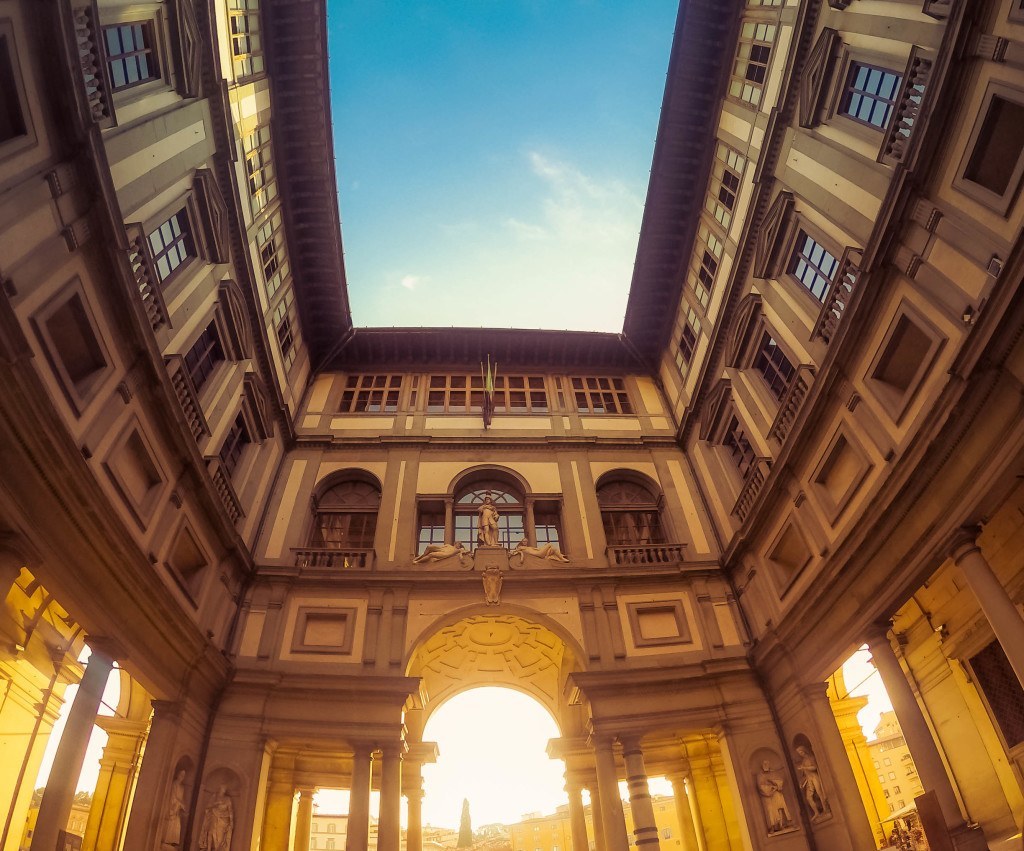 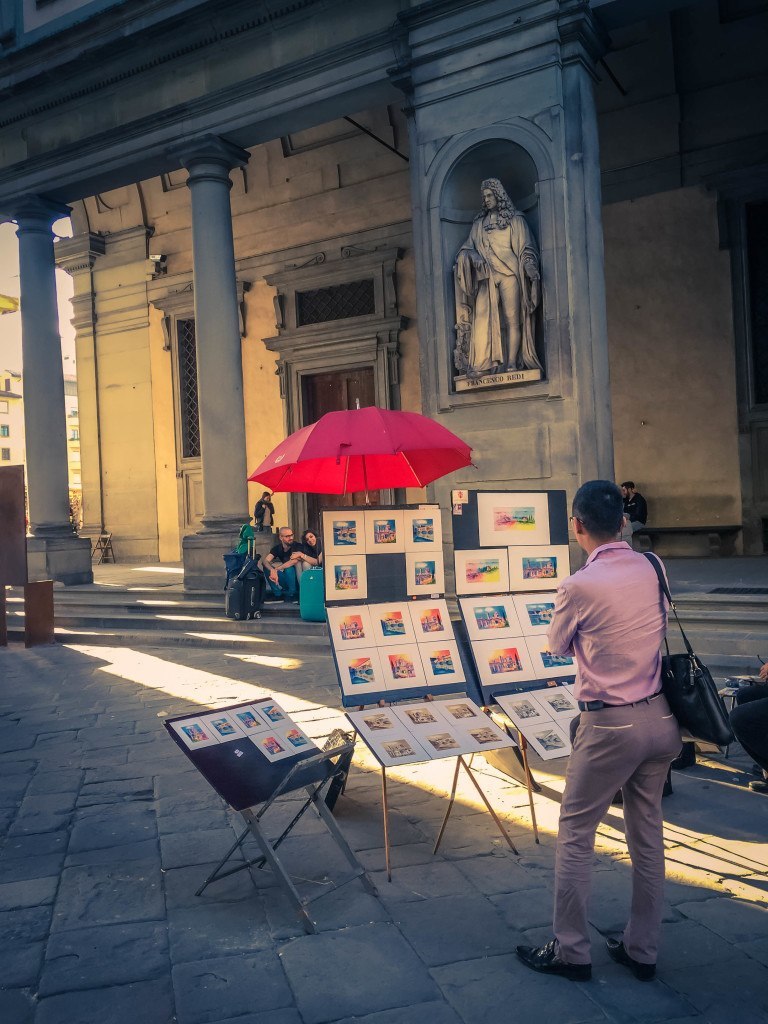 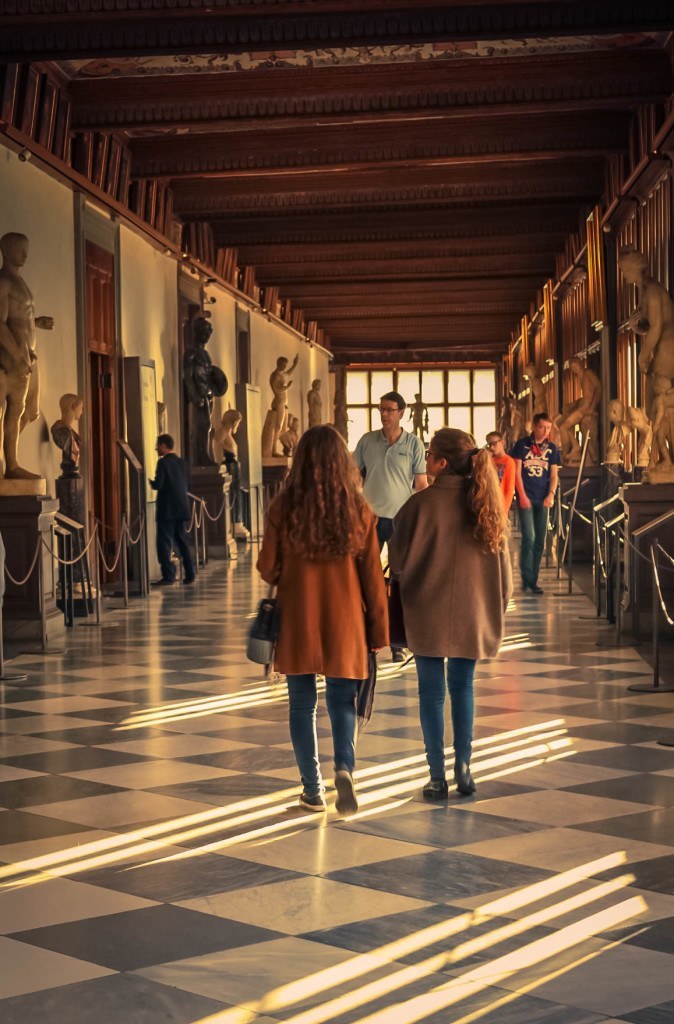 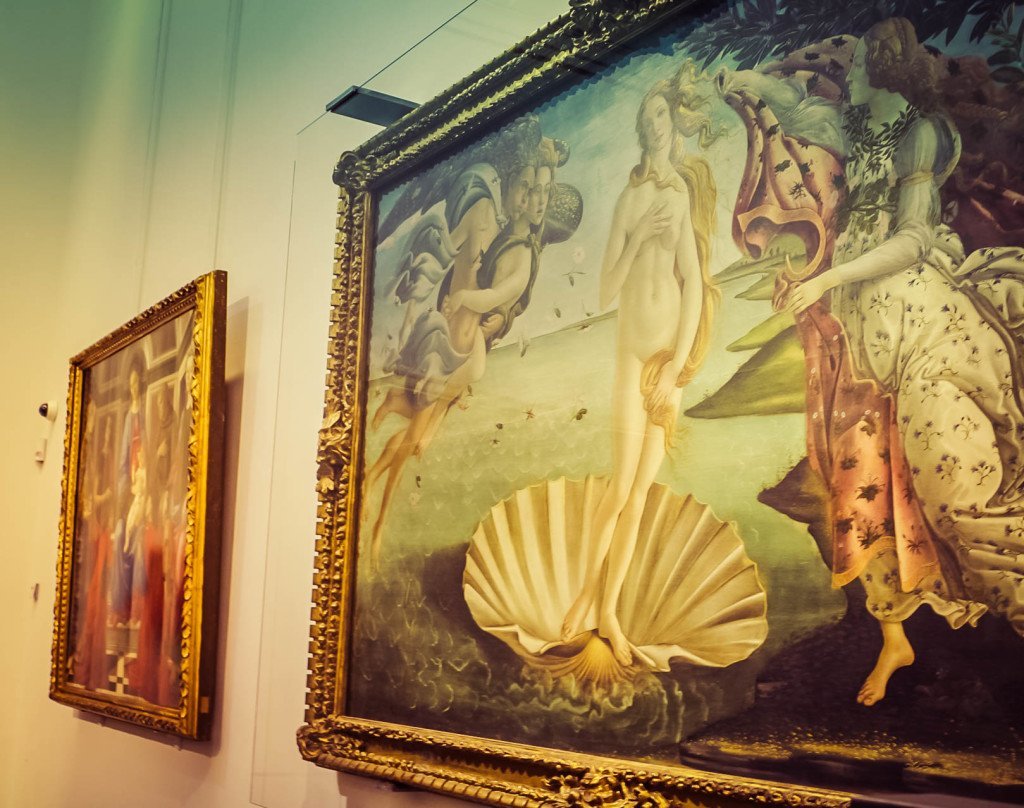 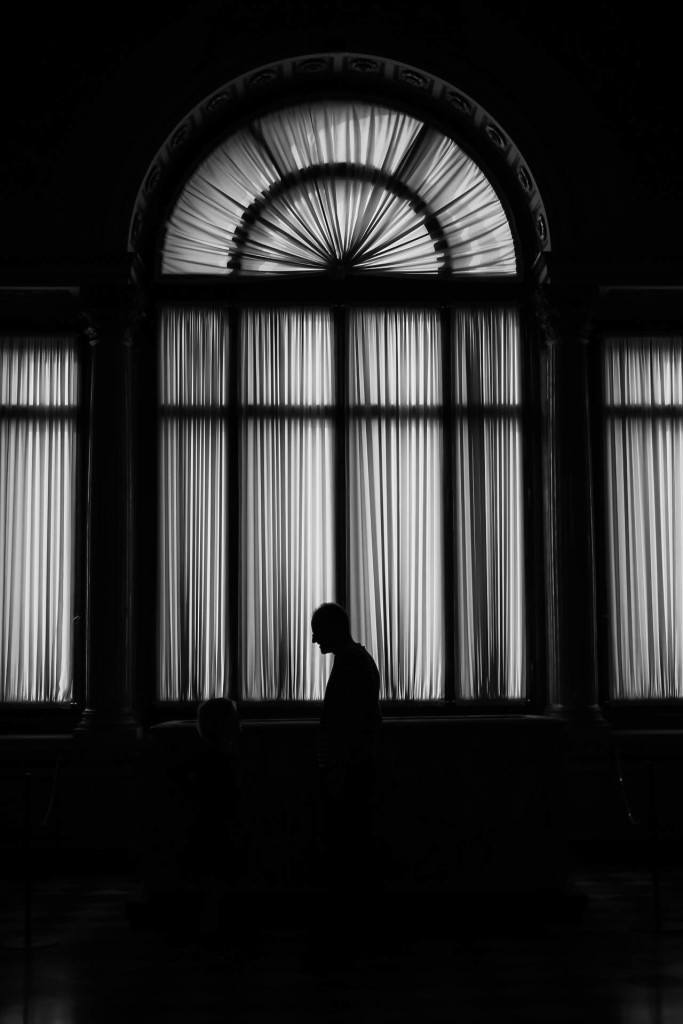 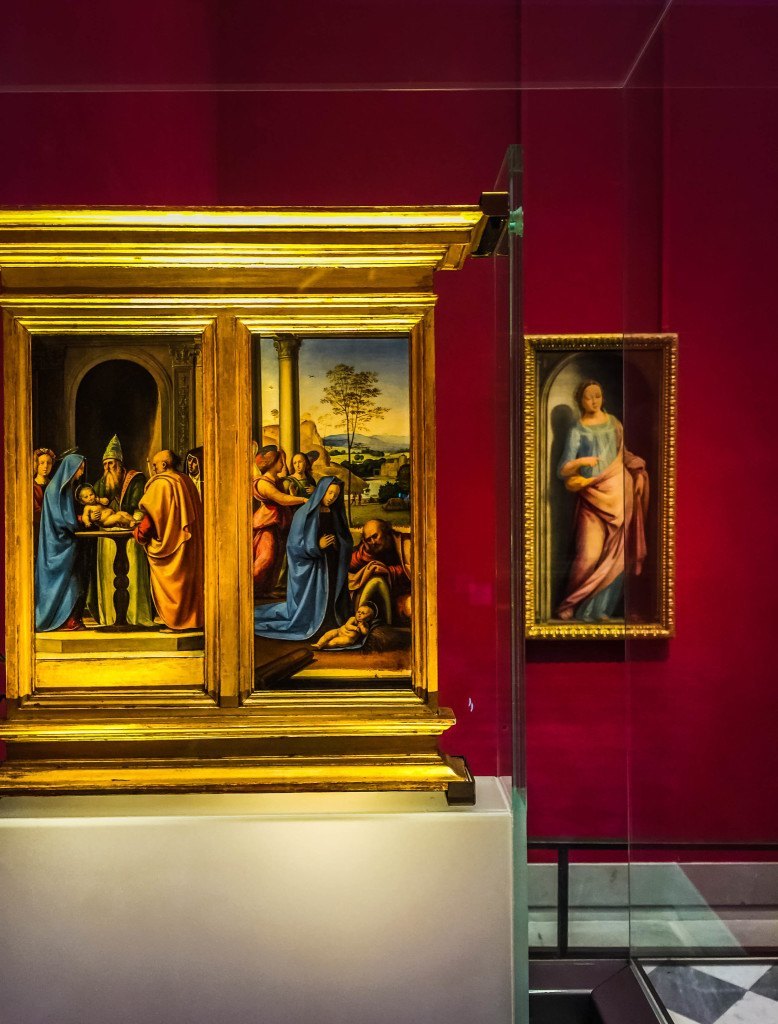 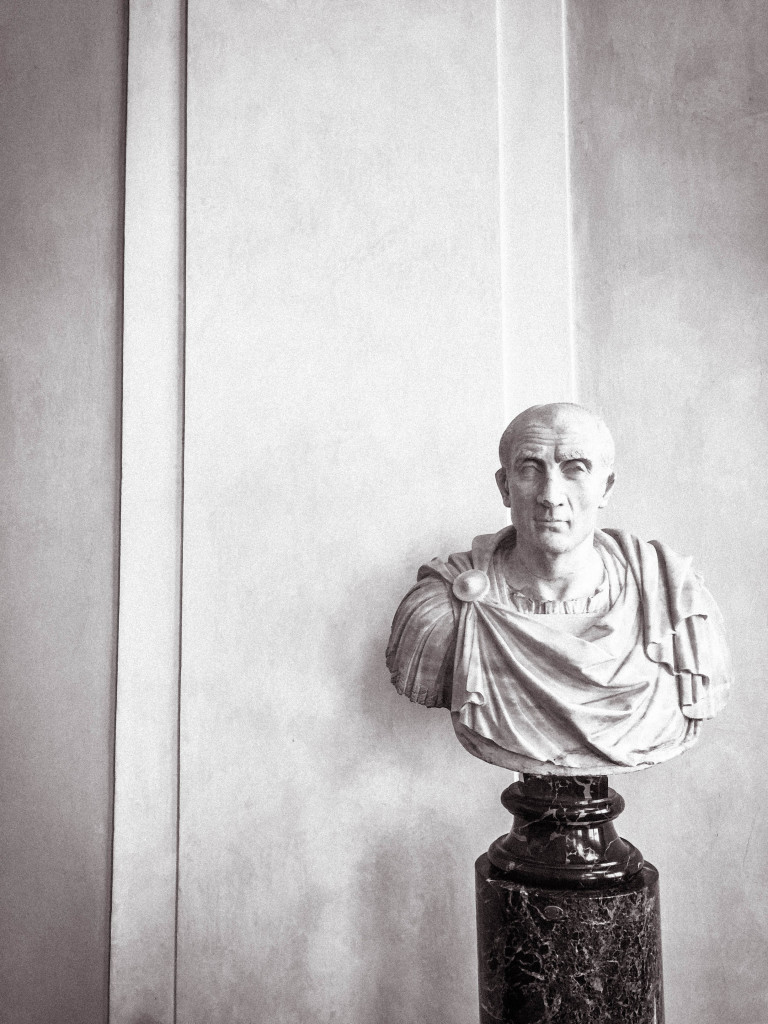 End your day in Florence by taking an evening passeggiata, or stroll, and walk from the Uffizi Gallery towards the River Arno and the Ponte Vecchio. This 13th century bridge, stacked like a row of yellowing boxes, holds more charm, in my view, when gazed upon from the Ponte Santa Trinita bridge a little further up the river, especially as the sun starts to melt away.

Before you go to this sweet spot, however, head across the Ponte Vecchio to admire its chain of jewellers’ shops and their wares glinting in the dying sunlight. This bridge has always been a bustle of commerce but in the era of the Medicis, butchers not jewellers occupied the shuttered shops.

My tip: As you go along the Ponte Vecchio, remember to glance up above the shops to the east side. The enclosed passageway you see is the Corridoio Vasariano (Vasari corridor) – a 16th-century hallway between the Uffizi and Palazzo Pitti, which was built on the orders of Duke Cosimo I de’ Medici to allow him and his family to move freely from their residence to the government palace.

Look closely and who knows, you may see the ghosts of Florence’s Medici past sweep by. Arrivederci, friends. 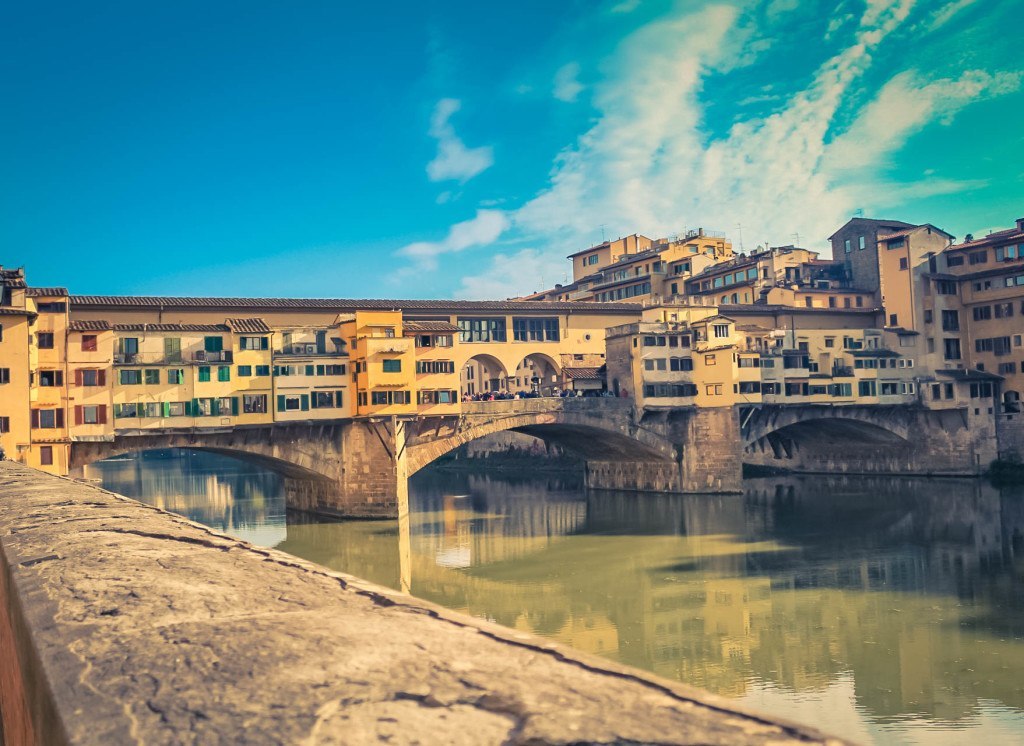 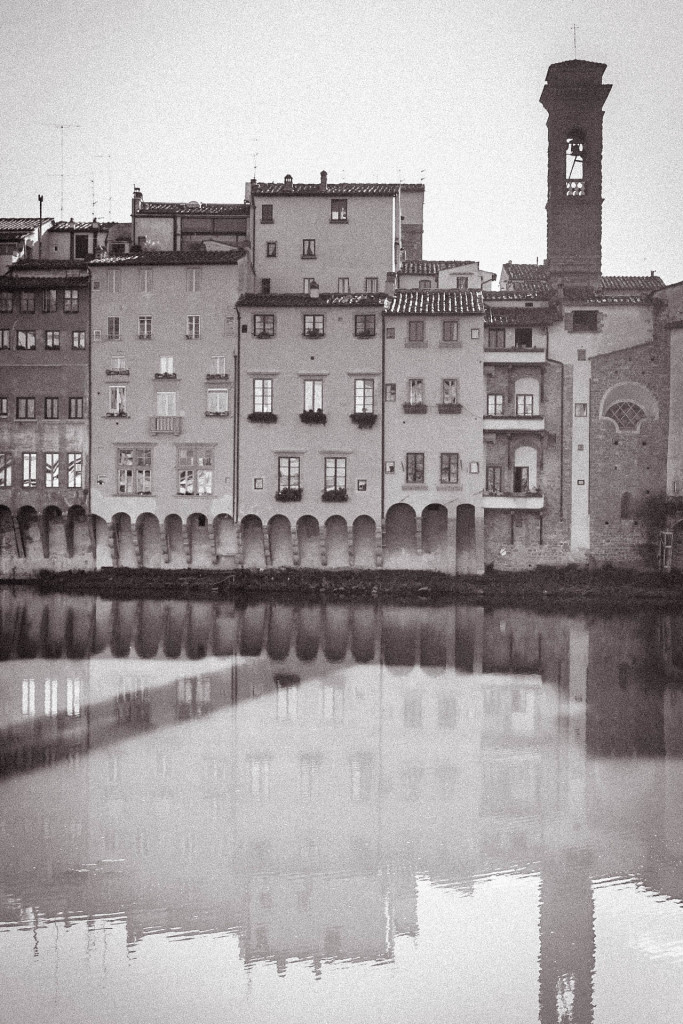 Open my heart and you will see
Graved inside of it, “Italy”. – Robert Browning 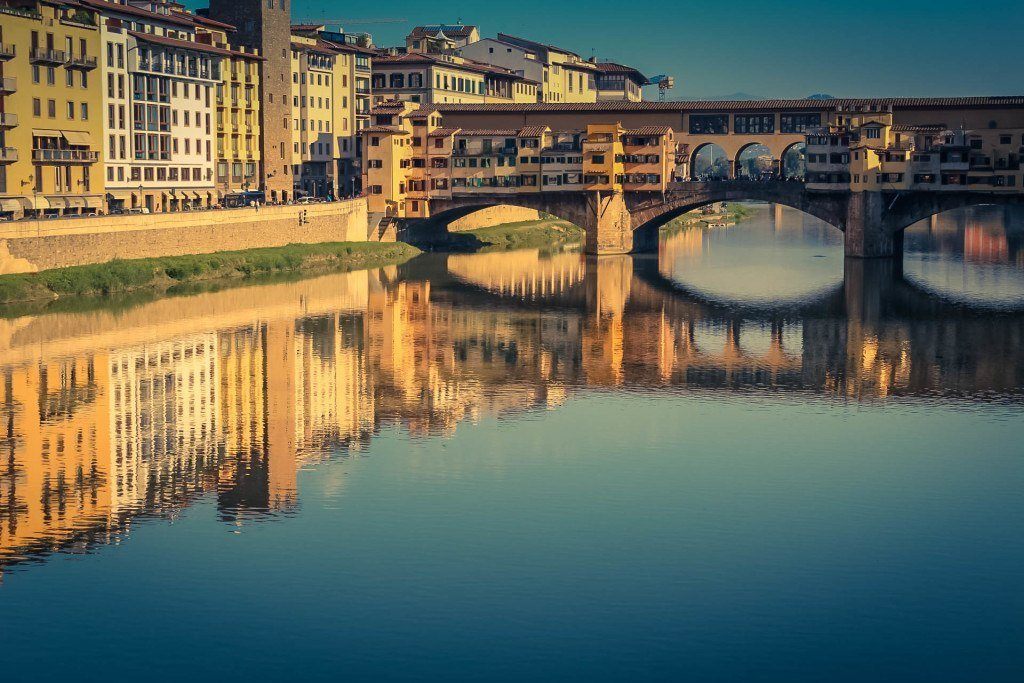 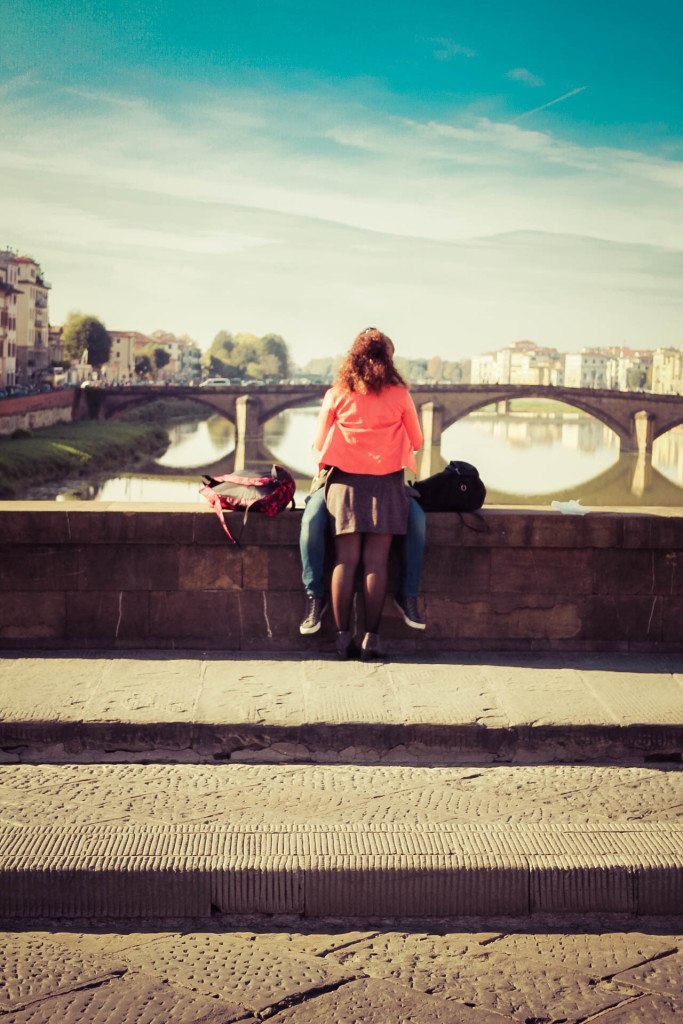 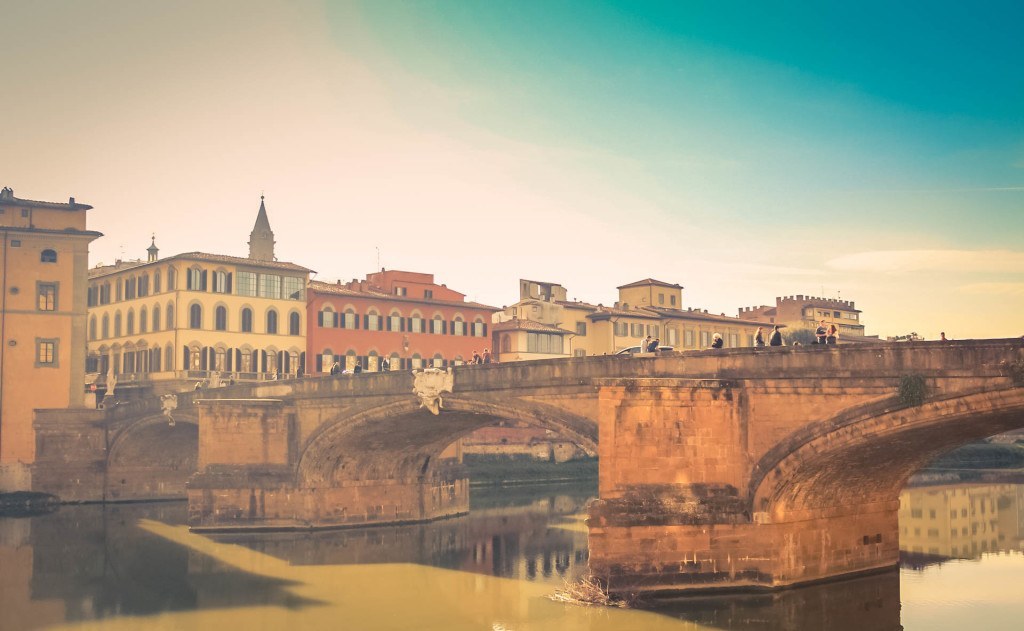 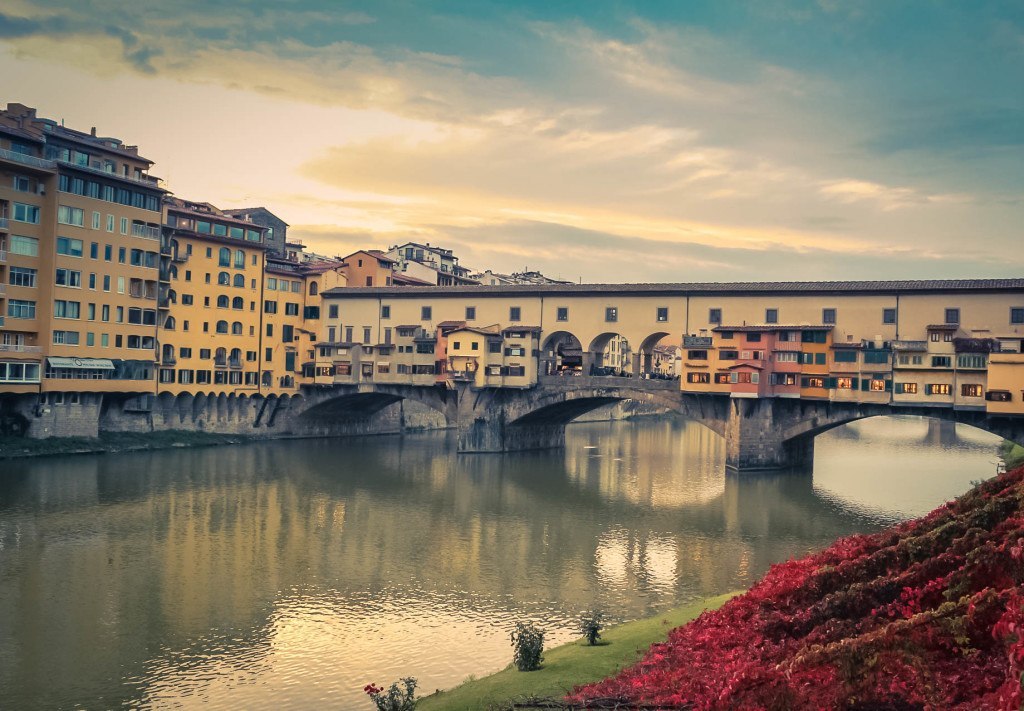 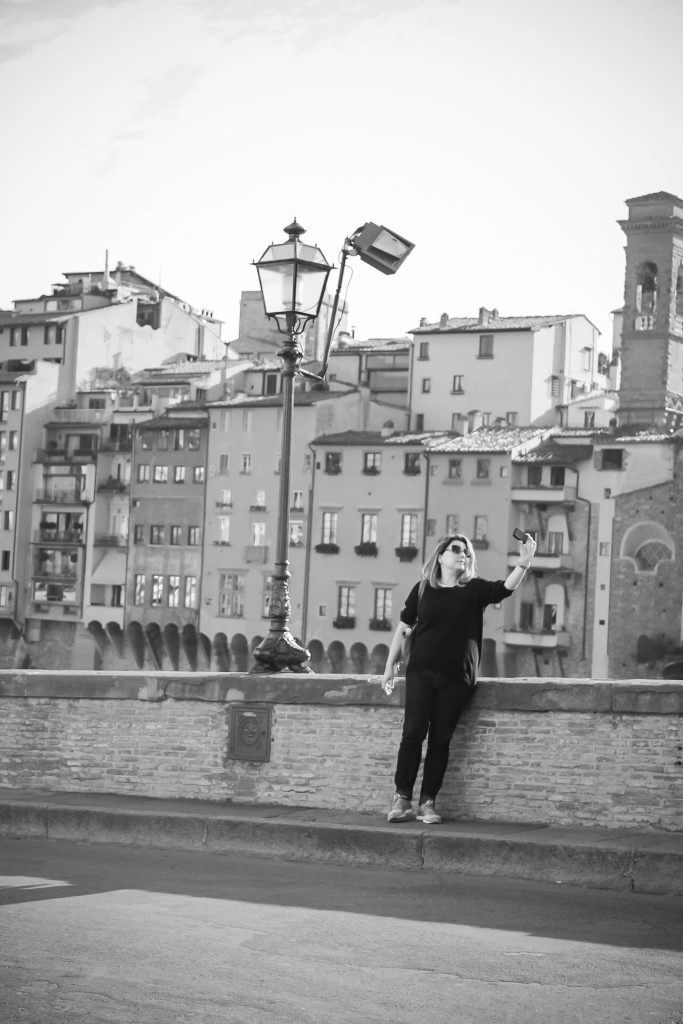 Everything you see I owe to pasta. – Sophia Loren 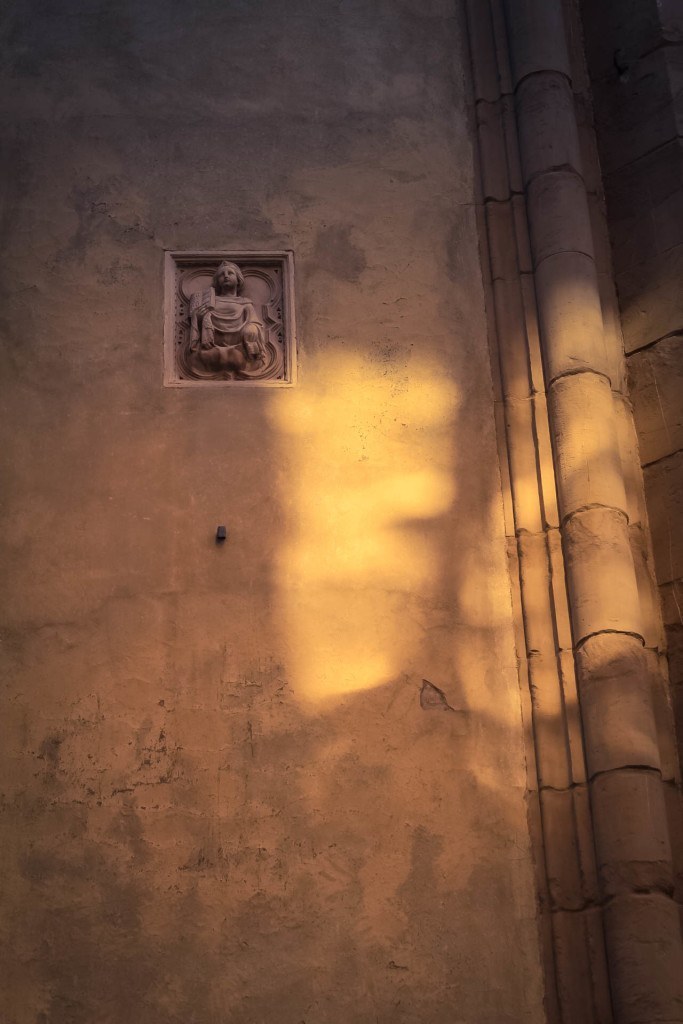 Our ship – the Silver Spirit – docked in the Tuscan port of Livorno on Day 2 of the trip. Once disembarked, we took a taxi transfer into Florence. The taxi cost €55 each for a round trip (there were 5 of us) and took about 50 minutes.

Utretch – the weekend Alternative to Amsterdam

A Sassy Weekend in Seville

Bubbles in Barcelona: A Weekend of Cava

I know of a few people that have cruised Italy, it seems like a great way to see some of it's most beautiful cities.